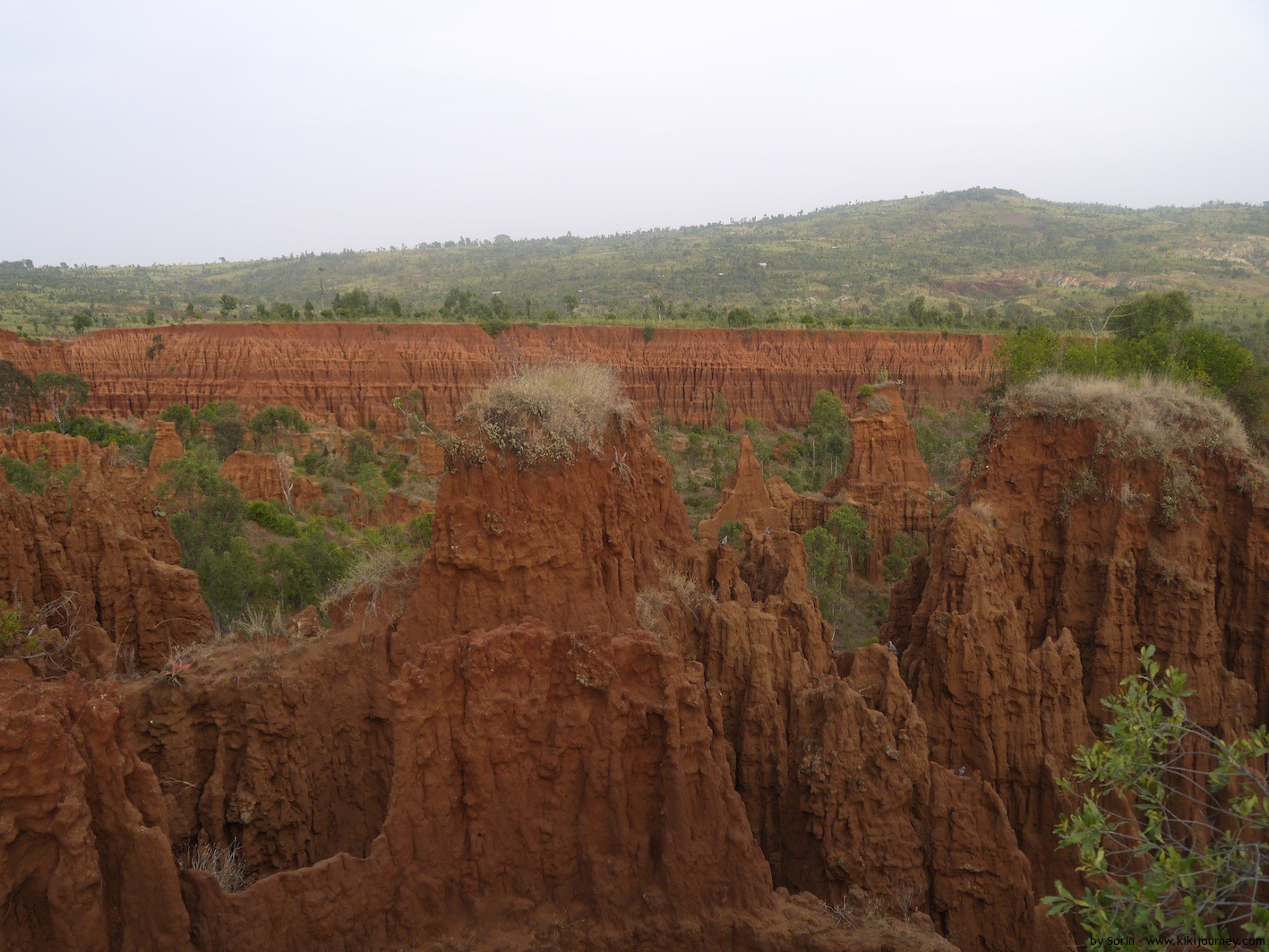 Finally managed to visit the New York! A dream has finally come true! NOT! I was never a fan of the Big Apple or visiting the States. To be honest, the only city I am interested is San Francisco.

Back to the “fake” New York; the Ethiopian one. Heading to Konso from the Mursi experience and having a tip from an Italian met at the Jumping Ceremony, we decided to have a last stop for the day to Gesergio, a village close to Konso.

It was getting darken when you arrived at the tourism office in Konso in order to pay the entrance fee and the guide. Jumping into the car, squeezing us more and Gesergio here you come! Our driver seemed not to have a good day and he hardly talked to us on that day. 5 km further and we stopped. We knew that the village was a bit further and informed him about this. A big scream: WHAT!?! NOOOO! It was getting darker and he was afraid to drive during the night. We also discovered that the road was in a very bad condition and he might have a reason to say that NO!

We arrived in time, before sunset to see the wonders of New York/Gesergio. Graduated Geography, so I was a bit fascinated by the bizarre landscape which actually are entrancing sand formations made by wind and water erosion. The legend says that the landscape is a result of God’s hands digging in search of a chief stolen sacred drum. Seems that he searched a lot without finding it! 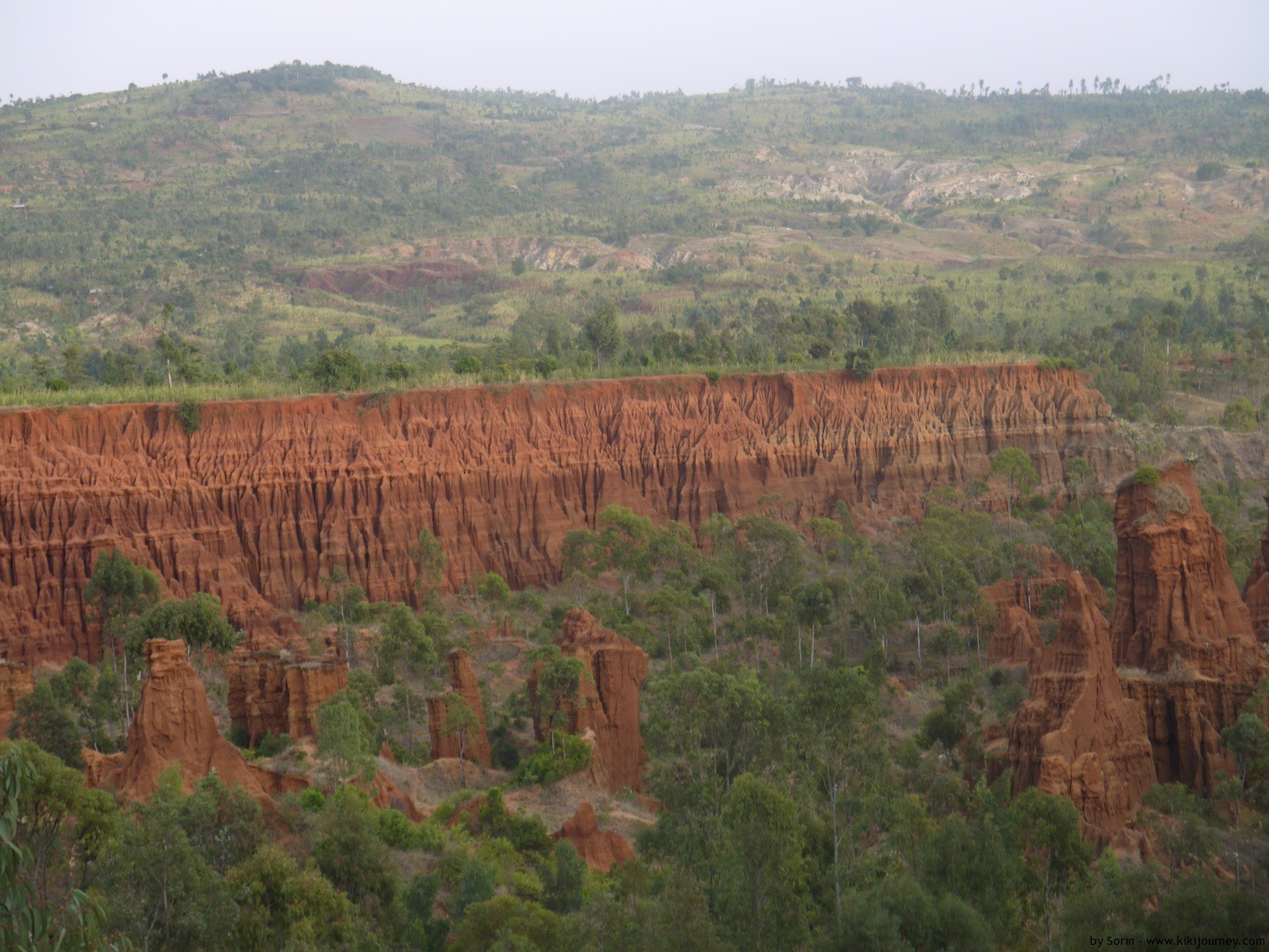 Children might be a hassle while visiting the place. They are used to the tourist and with their giving mood; from money to candies and pencil. Even if the last two can’t “harm” them, giving money to children is a real problem not only in this place but in whole Ethiopia and Africa. They we get used to receiving and in the end will abandon school and who knows where their life will end.

Luckily the guide kept the children away from us; only at the end the situation turned a little bit violent while they were trying to sell us different local crafts.

There was a funny moment in the story. They started to sing out of the blue. They begin with some local African song they it was free Jacques. I learned that song while learning french in primary school. It was a big surprise to hear it here. The guide told me that all the songs are learned children from the tourists not at school.

Unfortunately we stayed only one day in the Konso region. At least 2-3 more days would have been enough to see other villages as the stone walled terraces and fortified settlements. Actually the fortified terraces are  a Unesco Heritage Site. The land is very rocky and the climate is very dry. Even so, they manage to build these terraces in order to keep the water and the field to be good for agriculture. An amazing engineering construction. Next time, if it will be won’t be missed.

The Konso people are well known for being hard working people. Everywhere in Ethiopia we mentioned about them the locals said the same thing; very hard working. To be honest with people I mean woman. I did not see men actually working in the field, or carrying the water. They usually are with the cows; but on the road when you encounter cattle we see no men. I have no idea where and what they are doing. Seen the same situation while in Gonder; the road was built and there were mainly women workers. I said that woman want to work in order to be independent   from the men.