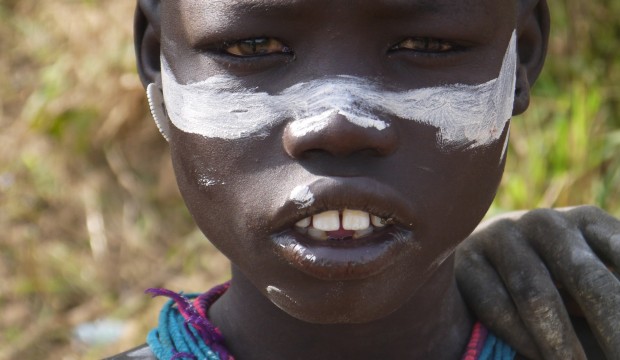 The Mursi are a tribe located in the Mago National Park, close to the Sudan and Kenya border. So before seeing them you have to pay the entrance to the park, which is 900 per for 6 persons, as well as 200 Birr for a guide. Our driver forgot about the guide or did not want us to pay; at the end while heading to the guesthouse, the National Park keepers followed us and after a long discussion and probably some threats to the driver, we decided to pay the guide even if we did not have one. We only could understand one word: Kalashnikov and that it would be our responsibility if something goes wrong with the driver.

You have to be prepared with a lot of small bills  in order to take photos of the Mursi. The Mursi are well known for asking money for pictures. The other tribes are not that demanding. The price goes from 5 Birr for pictures with little children to 10 Birr per adult. Who bears the responsibility for this? The farangi of course; farangi is the word used by the Ethiopians for white people. The actual meaning is: French! 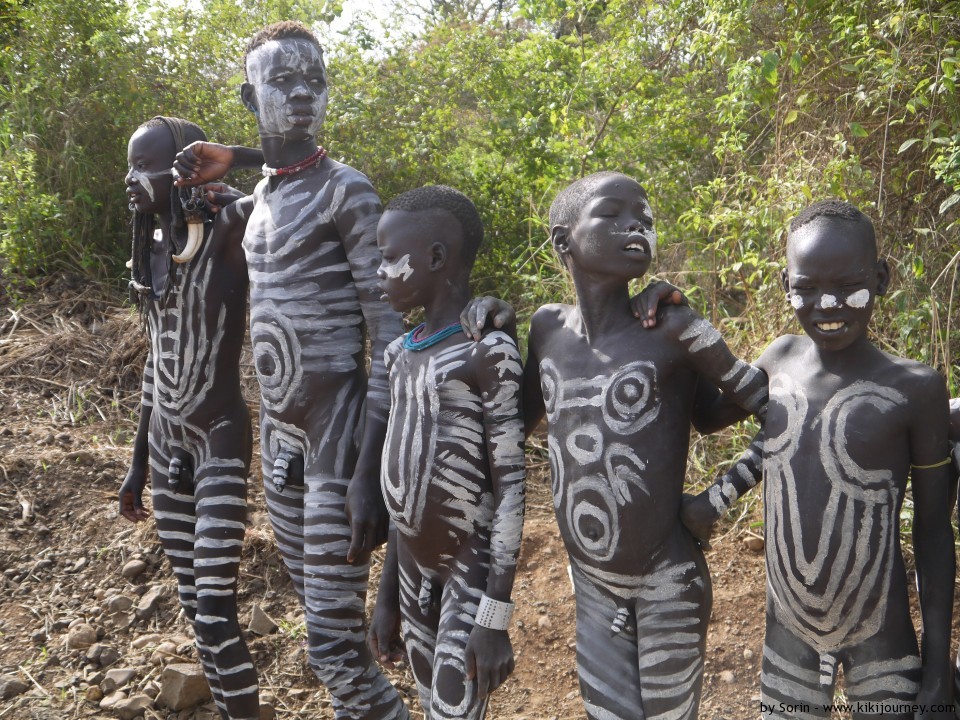 On the way to the village there was a small group of children, all nicely painted. 6 of them were standing in a line and were very quiet. Sometimes the first impression does not count. Keep in mind that before taking a picture you must ask for the price. Otherwise, you might get in trouble at the end – being followed and asked 10 Birr per each boy photographed; at first we thought it would be enough to pay them all together. Even if you take a photo of all of them you have to pay them individually. So, my collection of small bills somehow vanished whilst we had not yet entered the village. It was a lesson to be learned! 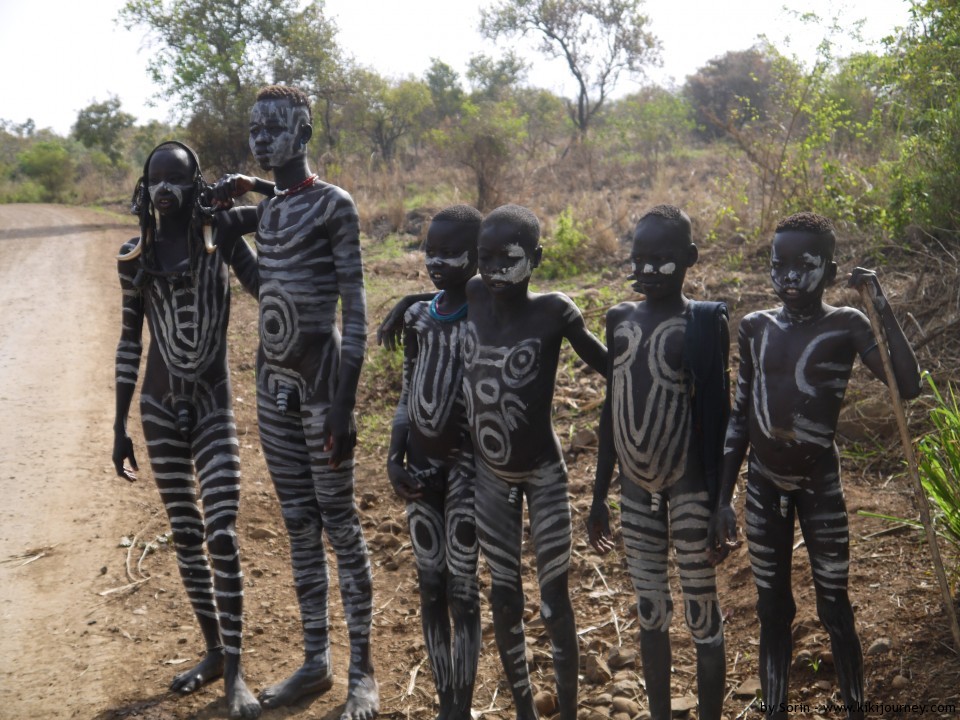 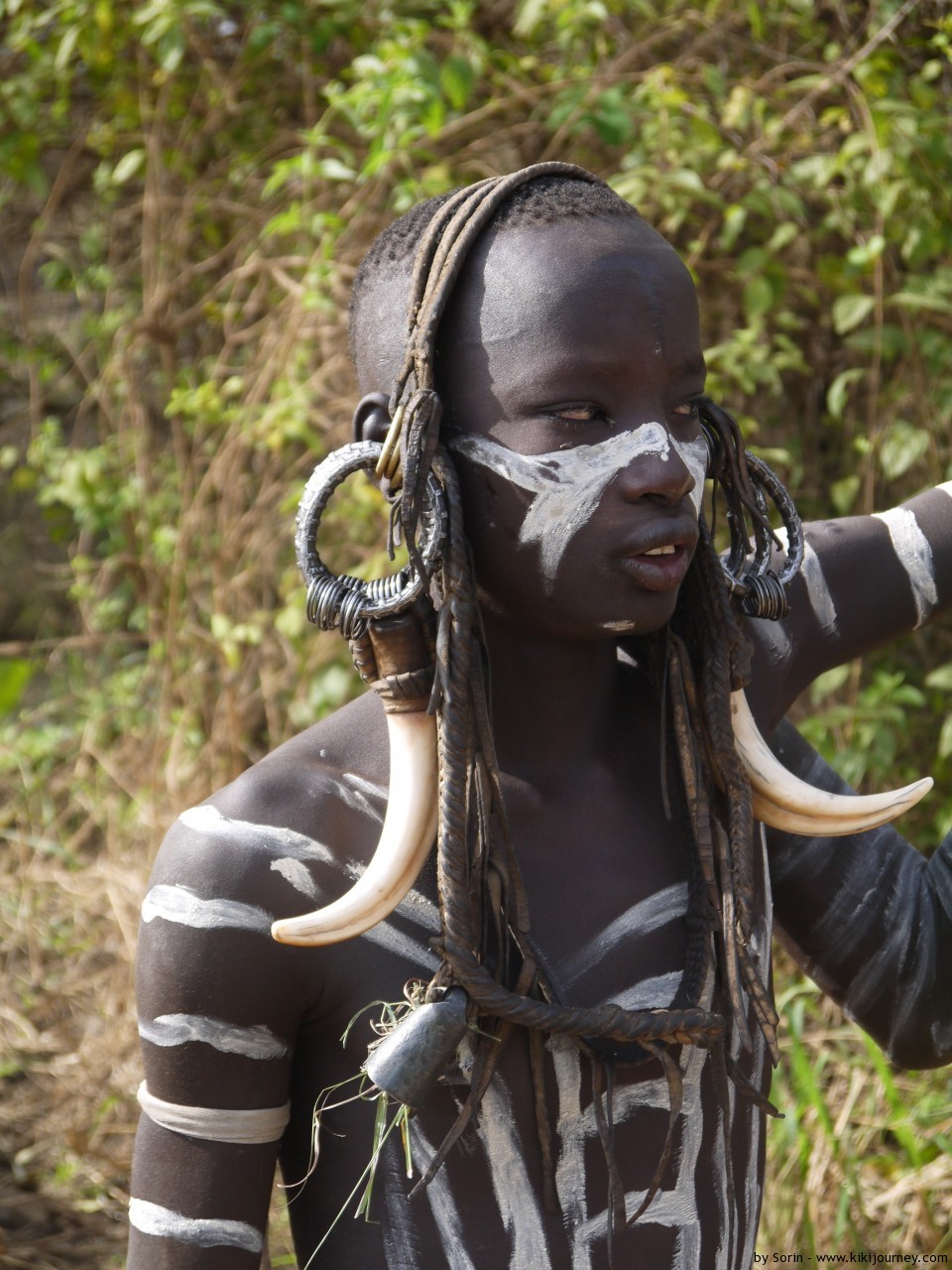 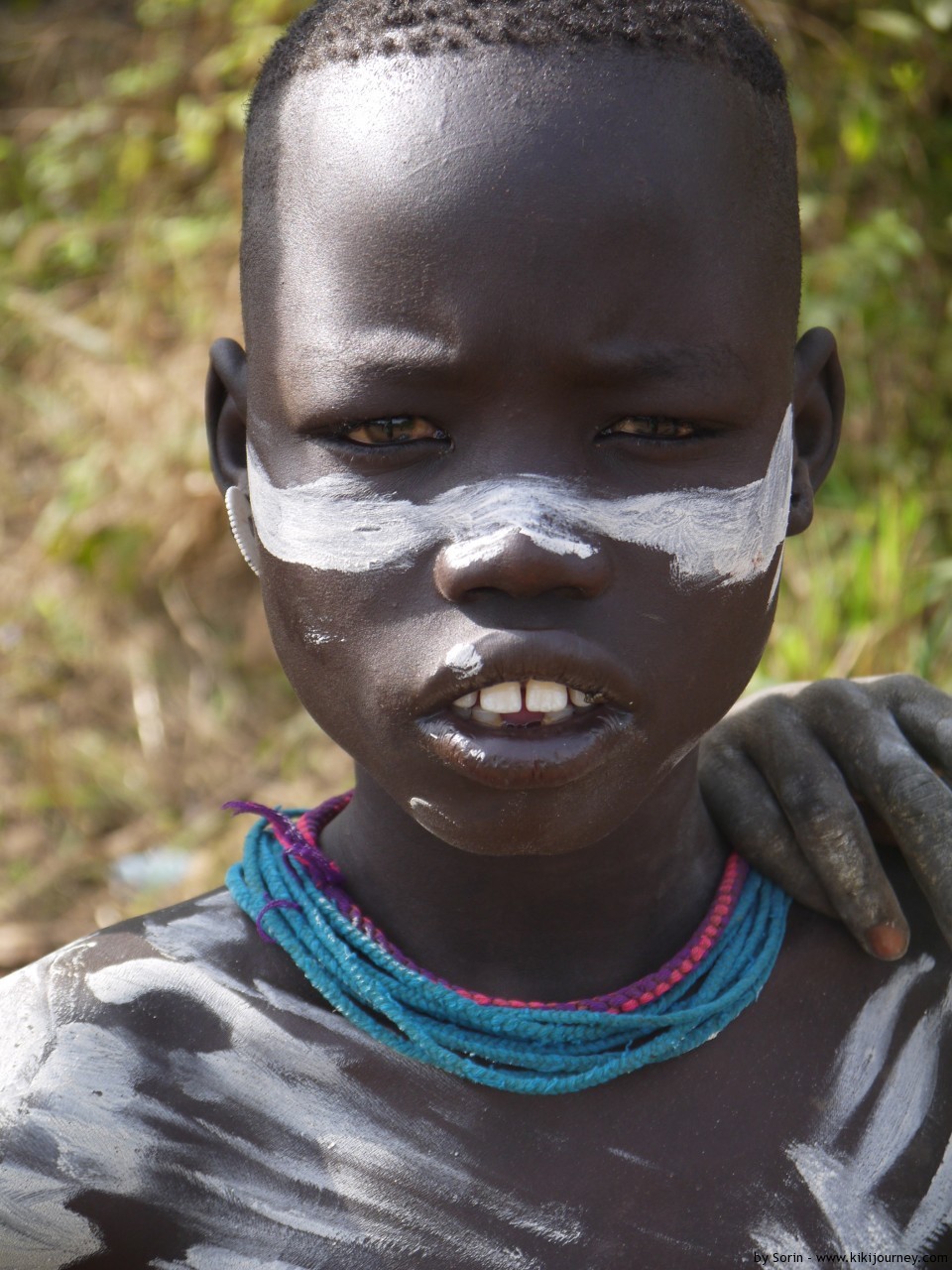 We were not  the only farangi in the village so we were not attacked fiercely by the Mursi when we got off the car; they are known to be very aggressive due to the drinking problems. And almost all the man has in possession a Kalashnikov; for the animals of course!

Let me explain you how the photo sessions take place. Imagine a middle-sized market place. You pick the Mursi, either a woman or a man and take a photo. Usually you will pick a woman because Mursi women wear lip plates, which makes them all the more interesting for the shot. Sounds familiar? Sounds like at the slavery markets?

Have money to spend? You can photograph  the whole village. While in the village you won’t even have time to breathe. If you have  a camera you are a target. They follow you, pinch  you a little bit just to take a photo of them. Not sure whose idea it was in the first place, but it was a bad one – and they have also turned bad. 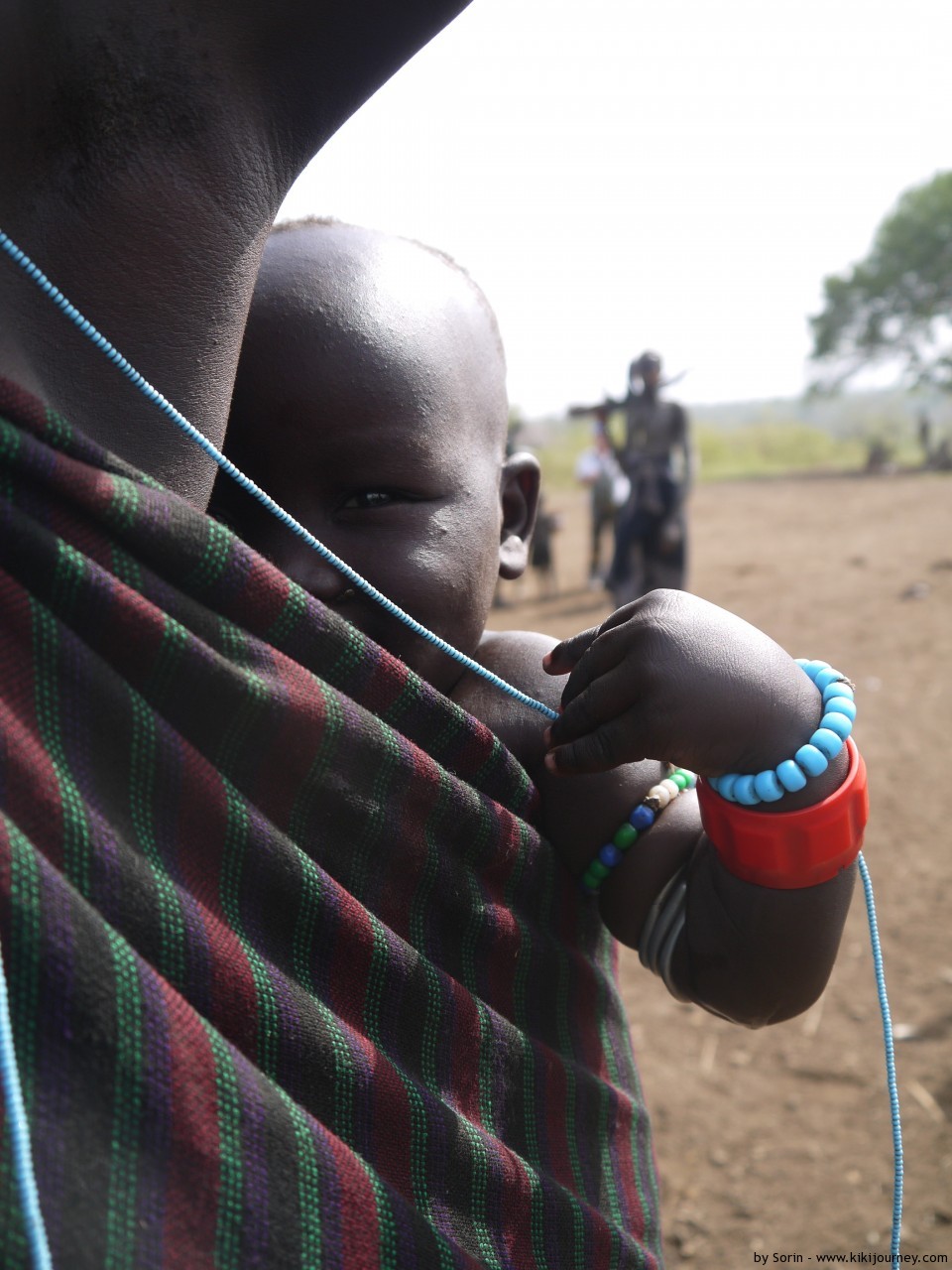 Why are they so famous? Painted skin for the men and lip plated women. The girls start wearing the plate in their lower lips from the age of 15. The plate is put by their mothers or female relatives. It can go as big as 12 cm. Of course they remove it while eating. Some girls can decide not to wear the plate in their lips; it’s their choice. The significance of the custom? To show they are becoming an adult in social and biological life. 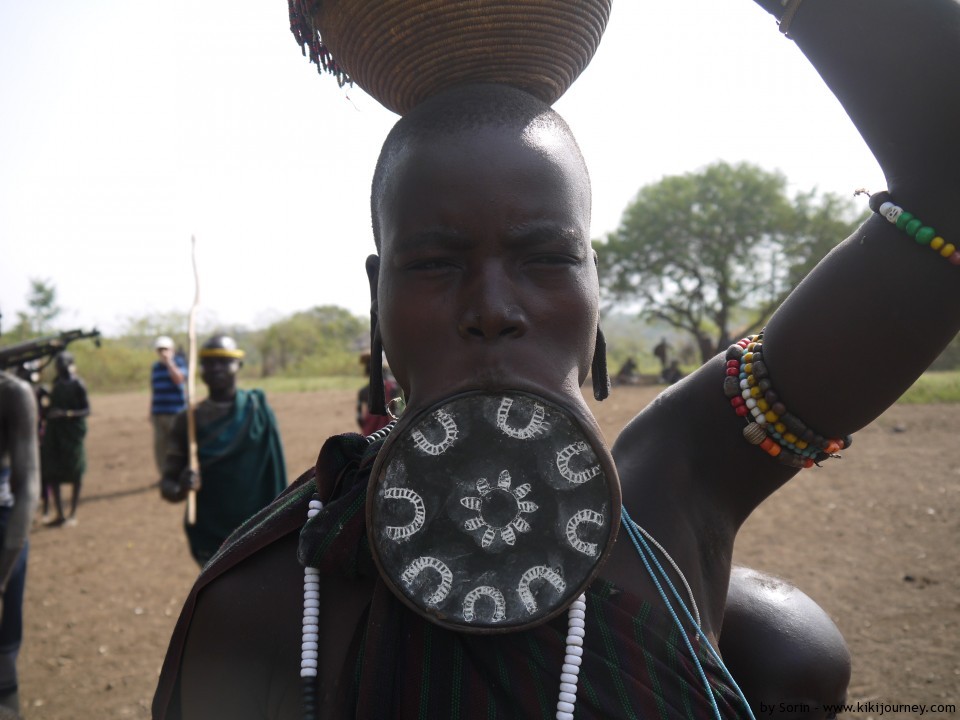 The tourism has had at least one negative effect on the Mursi community – they have turned very lazy, they are waiting only for the tourists to give them money. We thought that they would be the richest but my opinion is that they are the poorest of Ethiopia’s tribes. Firstly because they live in a park; I believe agriculture is somehow forbidden or it’s limited; secondly they are hunters. But you can not hunt in a reservation anymore. I have not seen many cattle. In this village there were 80 souls. Not all of them are interesting enough to be photographed. All over Ethiopia receives approximately 300,000 tourists annually. Not all go to the south because as a solo traveler, it is difficult and expensive. Let’s say 100.000 go to the tribes. There are 10.000 Mursi people. That means 5 tourists per Mursi. That’s only $5 per year. Some do not get tourists at all; some might get too many. But the point is that they don’t get rich; only dehumanized. 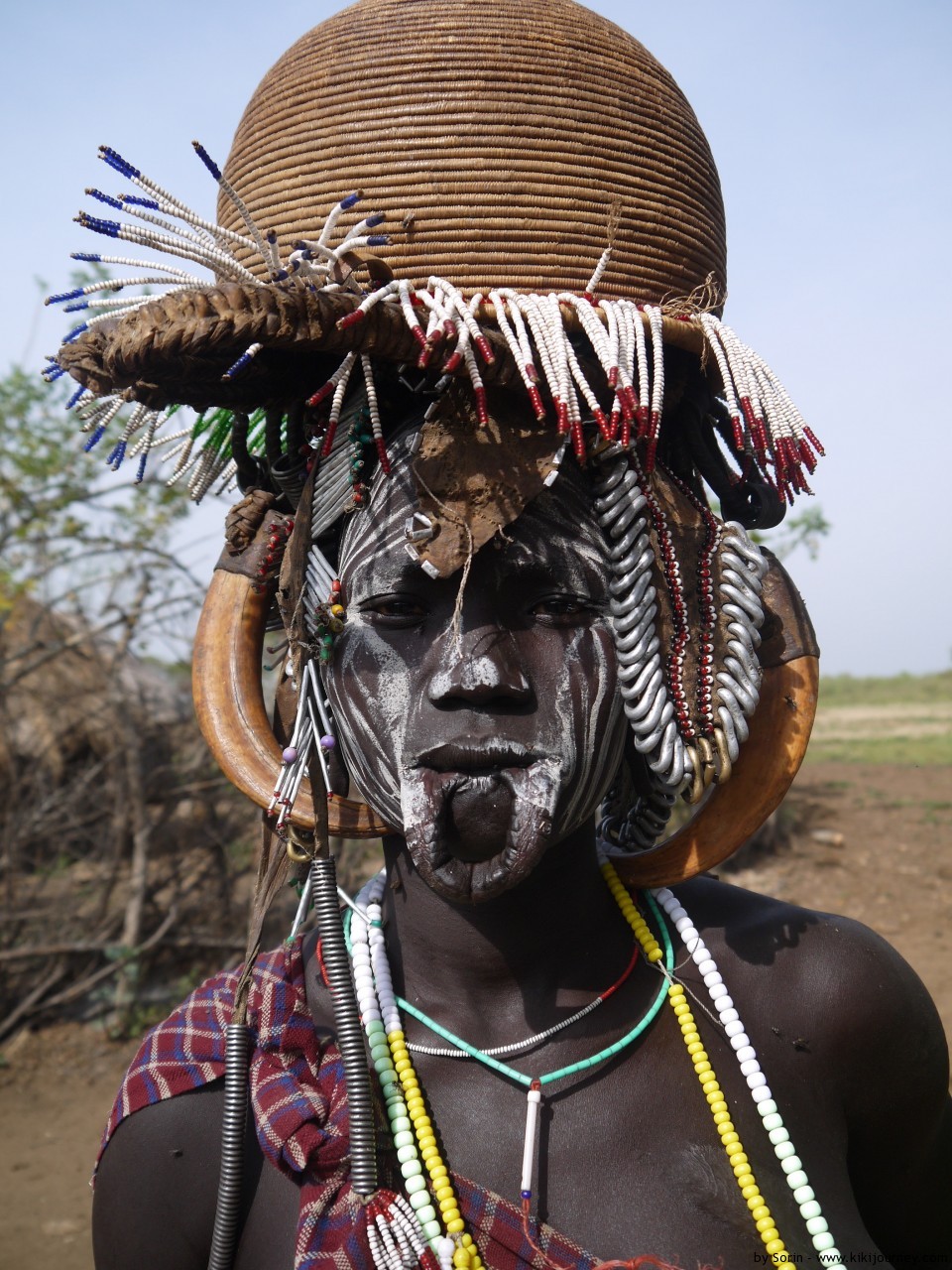 Now read again the above part. And delete it from your memory. That was a stupid story related by a tourist. Not a traveler as he wants to be! You can throw as many rocks as you may want!

First, we have invaded their space; their homes. They have the right to act as they want because it’s their home. They are human beings, not objects. Pick me, pick me and take a photo of me and probably we will get famous one day. And you are paying me only 50 cents for that! Only because you are white and I am just a simple tribes person!

And I think they have the right to shoot the one’s whom do not pay! 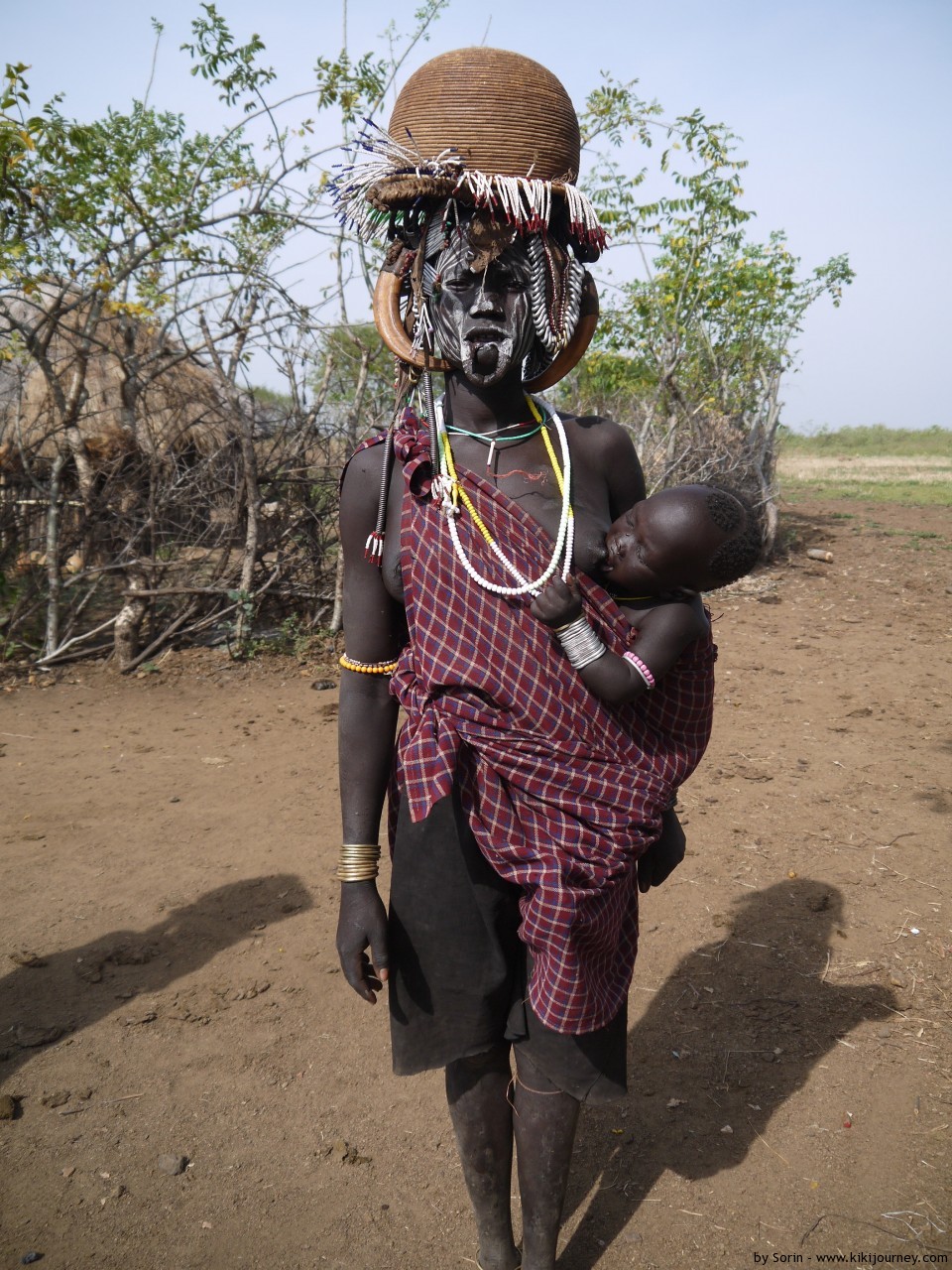 With a simple search on google ” the Mursi” you can find a lot of articles regarding this situation; sometimes described like prostitution. The best way to know them is to stay with them overnight. You can read more about it on  Daniela’s this blog. Only wish I could have stayed longer to interact. But this happens if you travel with a group. Now, being a solo traveller I can do what I want and interact more with the locals. 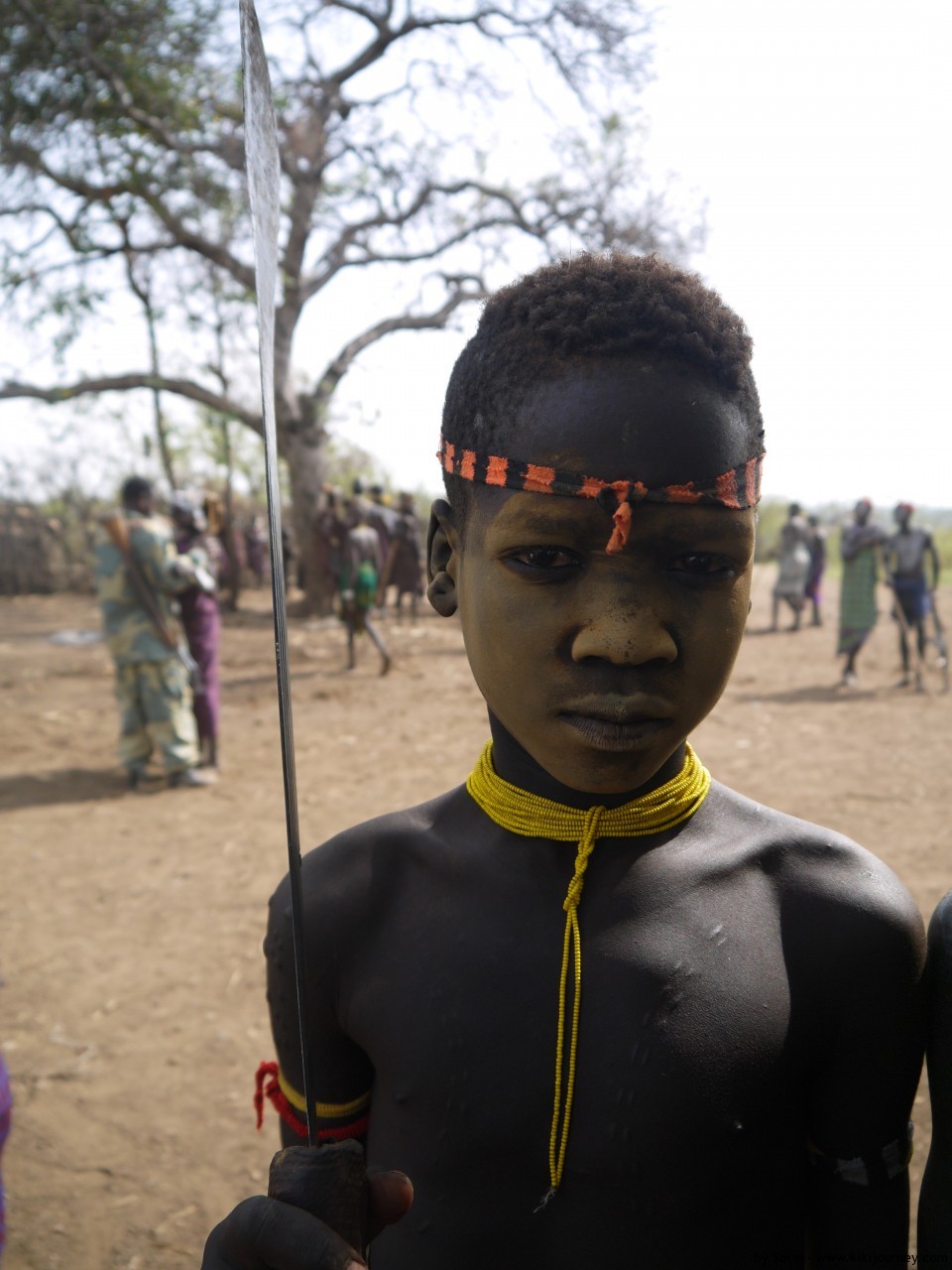 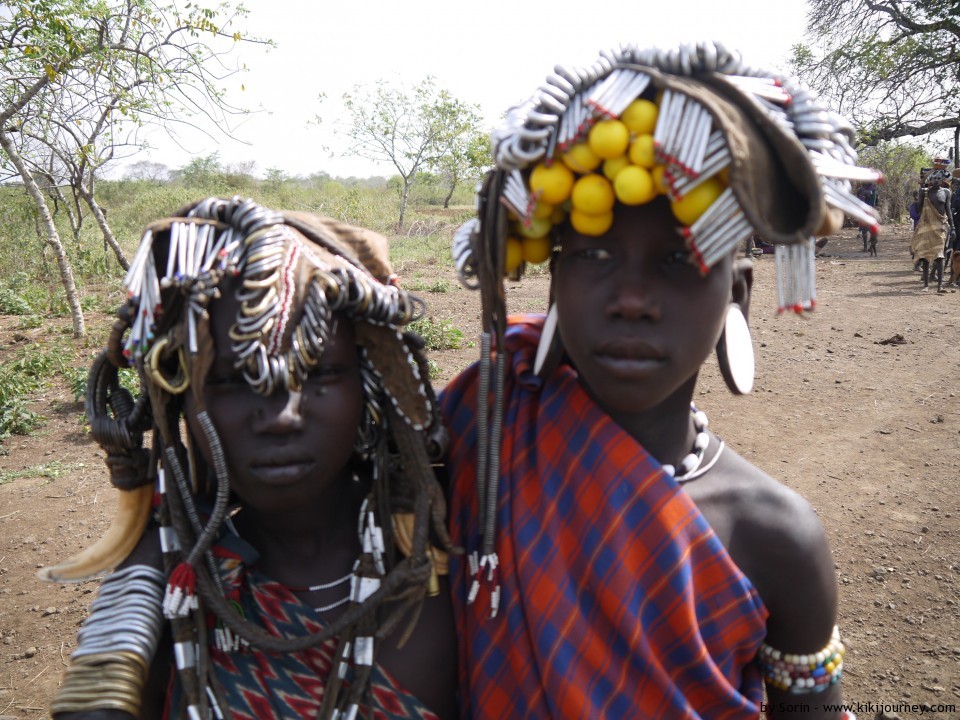