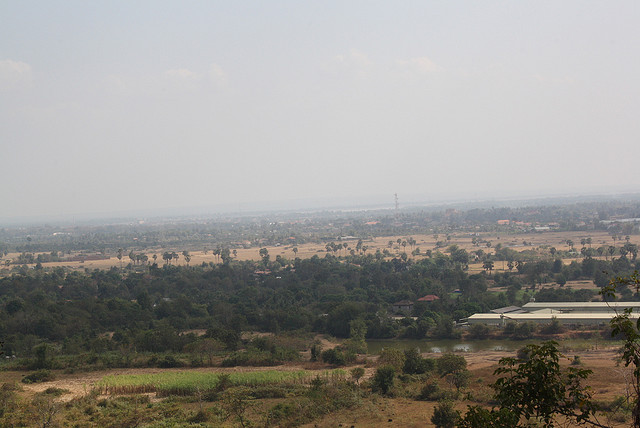 Christmas is a good time to lay back and remember and contemplate on the past; think about what you have achieved in the past year and what you are going to do in the coming year.

I have attended  a small travel meeting last week and the subject of the day was of course Christmas and each of the participants had to tell a short story of their year past or about a Christmas he/she would always remember.

My story is about the Christmas I spent in Cambodia in 2009. A unique one not only because of the location, but also because of the atmosphere, the food and drinks, the people I was with.

My friends and I had reached Cambodia after 5 fantastic days spent in Laos – the 4000 lakes area. To be very honest, we are all still regretting our decision not to spend Christmas there, but go to Cambodia instead. But we were young and time was our main enemy on that trip. We had two options: either to spend Christmas in Stung Treng and to see the Irrawaddy dolphins or to stop in Kampong Cham. After a short lunch in Stung Treng, we decided not to stay there. The town was nothing but a small step on the way to major sightseeing spots and there was nothing special to do except for the dolphins.

3 hours later, we finally arrived in Kampong Cham on Christmas Eve. We managed to find a decent guesthouse; it wasn’t that easy because no one in town was speaking or even understanding basic English. In the end, we called the guide we had met on the bus and he guided us to a guesthouse.

Nicely dressed we went to the city center. We were the only tourists there on that day. All restaurants were closed, except for a few whose owners were probably over-optimistic that tourists might come their way. After a short walk we found a restaurant, and if I remember correctly, it was the Spin Thmei Restaurant; based on the internet description: quite large, with oversized doors that never close as long as it’s open and staff don’t speak much English. The restaurant has mainly Chinese food. The menu was in the local language and guests had to order based on the photos on the menu. I don’t recall well, but my dish was not that great.

Luckily the Japanese beer – Asaki-  was quite OK but was the most expensive beer I have had in South East-Asia. And I did not pay for it because one of my travel companions – Liviu, had lost a bet and had to pay for the drinks; poor Liviu!

The night wasn’t over; of course the bill was in Khmer and it took us at least 20 minutes to understand it.

To close off our Christmas Eve night, the night Santa comes with presets to  all well behaved children, we had some ice-cream in front of a  petrol station. And we had to eat it very fast because at a temperature of 30 degrees Celsius it was melting very fast! 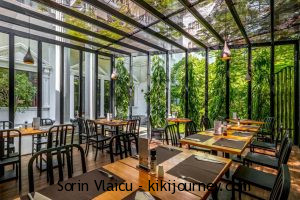 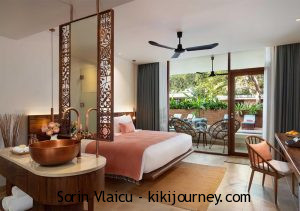 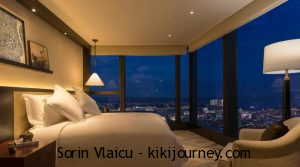