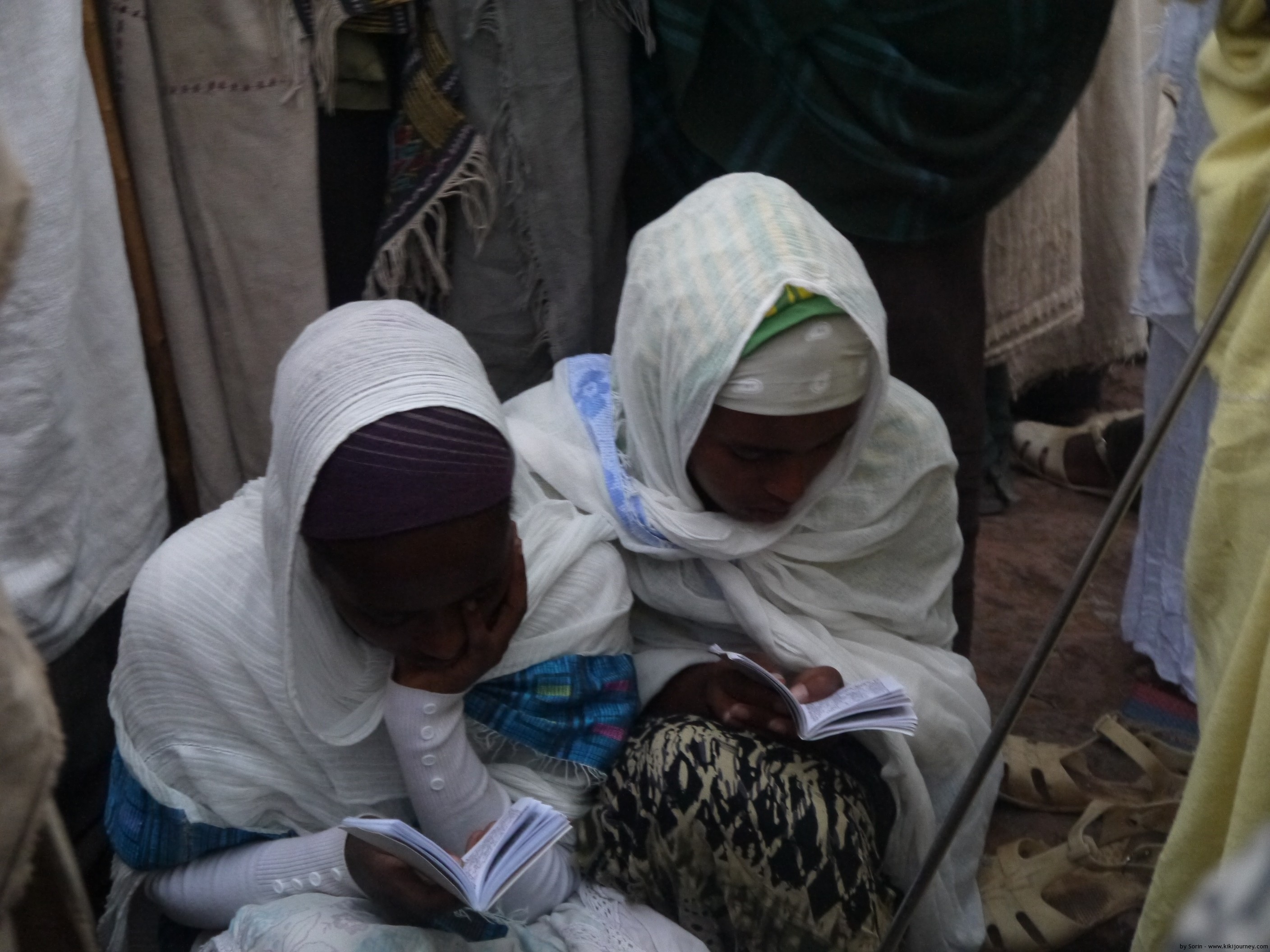 We had one goal when we arrived in Addis Ababa on 27 in December. Actually, I did: to catch the Christmas Lalibela on 7th of January. I knew that I won’t probably be on the same dates in Ethiopia and this unique ceremony had not to be missed.

So, the first week we did all on fast-forward in order to achieve that. Slept only maximum 2 nights in one place, woke-up very early in the morning so we could do as many km. As possible. The last 2 days were especially hard. The roads on the first day were not in a good condition. I tried to sleep in the last part of the evening, but that was impossible. Accommodation don our first night was quite decent; the name of the place was quite fancy: Coffee Valley Hotel & Restaurant. They soon will be having a conference zone! The price was 250 birr so you can imagine the place. A review is underway.

The second day was much better in terms of driving. The view was amazing; we even reached 4000 m in altitude. It was a little bit chilly, but the air and the landscapes made me stay awake for the whole day. 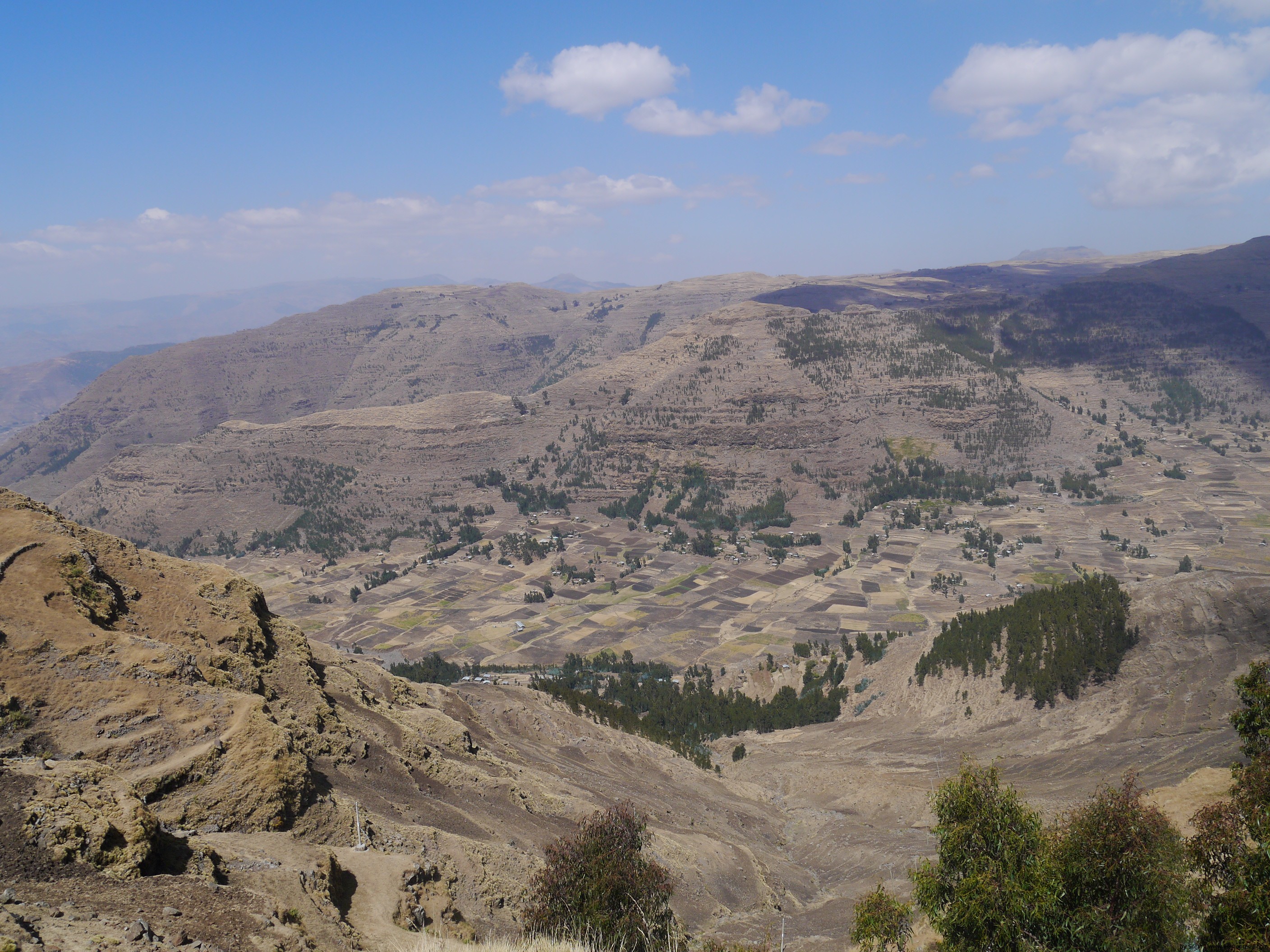 Approaching Lalibela we started to see packs of people heading in the same directions as we. It seemed like they were walking from all over Ethiopia; most of them are poor shepherds and do not afford a bus so they are walking. The journey might take them 2 to 3 weeks; one way only!

Arriving in Lalibela and yet another issue to be resolved. The accommodation; we did not have any baking done. We all knew that it would be very difficult to find a place; at least a cheap place to stay. During these days the accommodation prices soar up to 3 times as the normal price per night. In the  end the hotel or travel agent managed to find for us was $60 per night. The second night we paid only $20 but I believe the real price was 15.  Hotels during Christmas Lalibela can be very expensive.

So, like hundreds of tourists and maybe thousands of Ethiopians we headed to see the ceremony in the morning. The city of Lalibela counts about 20.000 people. During this period of the year the number even triples; more than 40.000 pilgrims come to the city.

Darkness and tons of people. Problems were on the way; Mircea was robbed (800 birr) and to Mihaela’s backpack was opened but she noticed on time.

They decided to leave so along with the driver I went to a less crowded space to see the ceremony.

Still, it was impossible to see inside the church, but at least I could hear the ceremony. People were standing on the edge of the cliffs, climbed on the trees just to see the ritual. 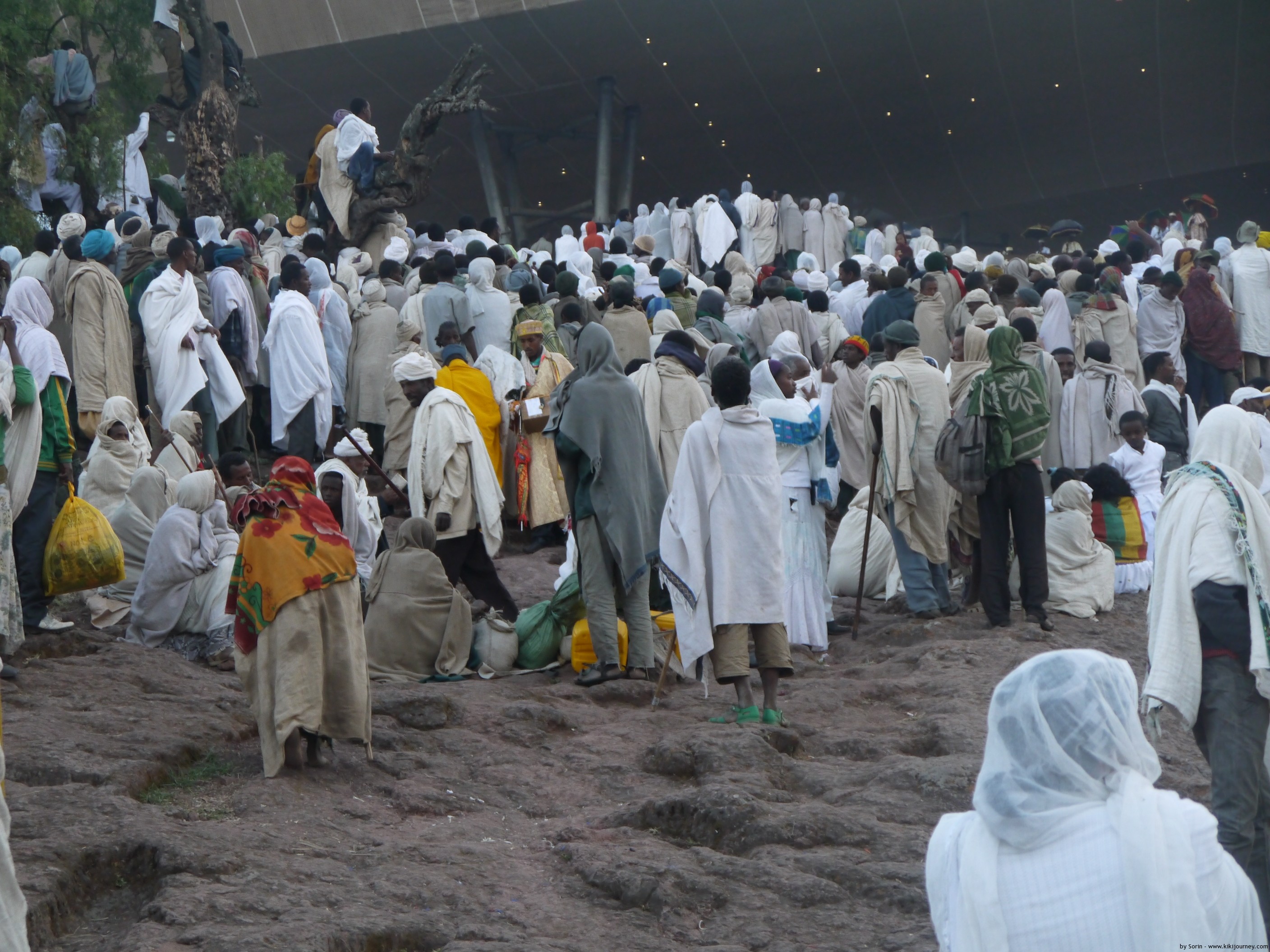 About 70 priests started to climb the steps and formed a line and began to pray; at the end of each praying all the people, including the priests made some strange whistling sound. They were all wearing golden scarves and had white turbans. The image was quite impressive to be honest. However, I did not actually feel the profoundness of the ceremony; it was probably due to the fact that I did not understand what they were saying. They did that for about 2 hours or maybe more; I left the ceremony about 7.30 in the morning.

All these people have to be fed right? At the end they gather mainly on the sidewalk and receive food from a “donor”; usually wealthy people who are preparing food for them.

The next day, the town was once again quiet and the streets almost empty. The shepherds  started their journey back home, right away. 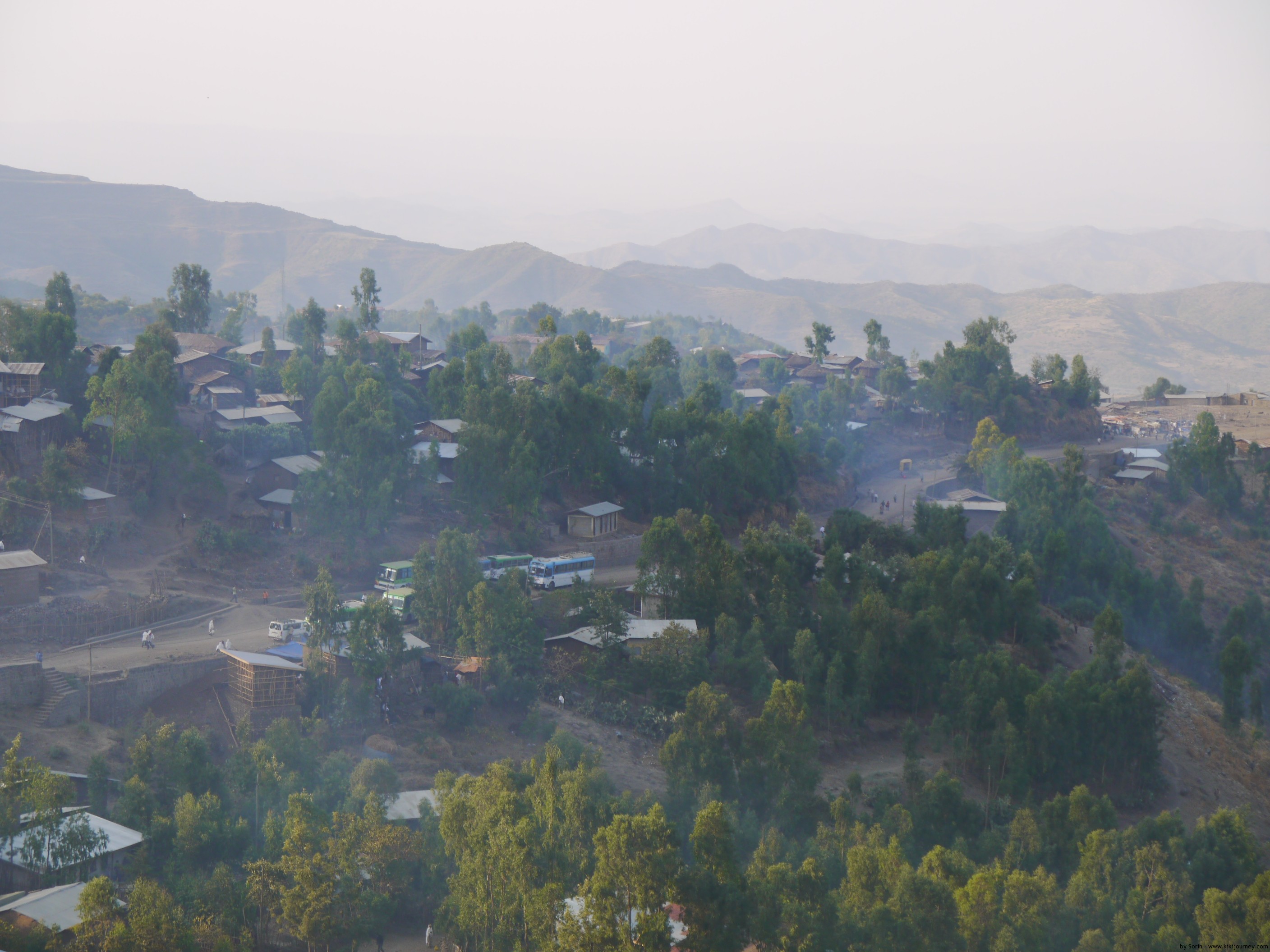