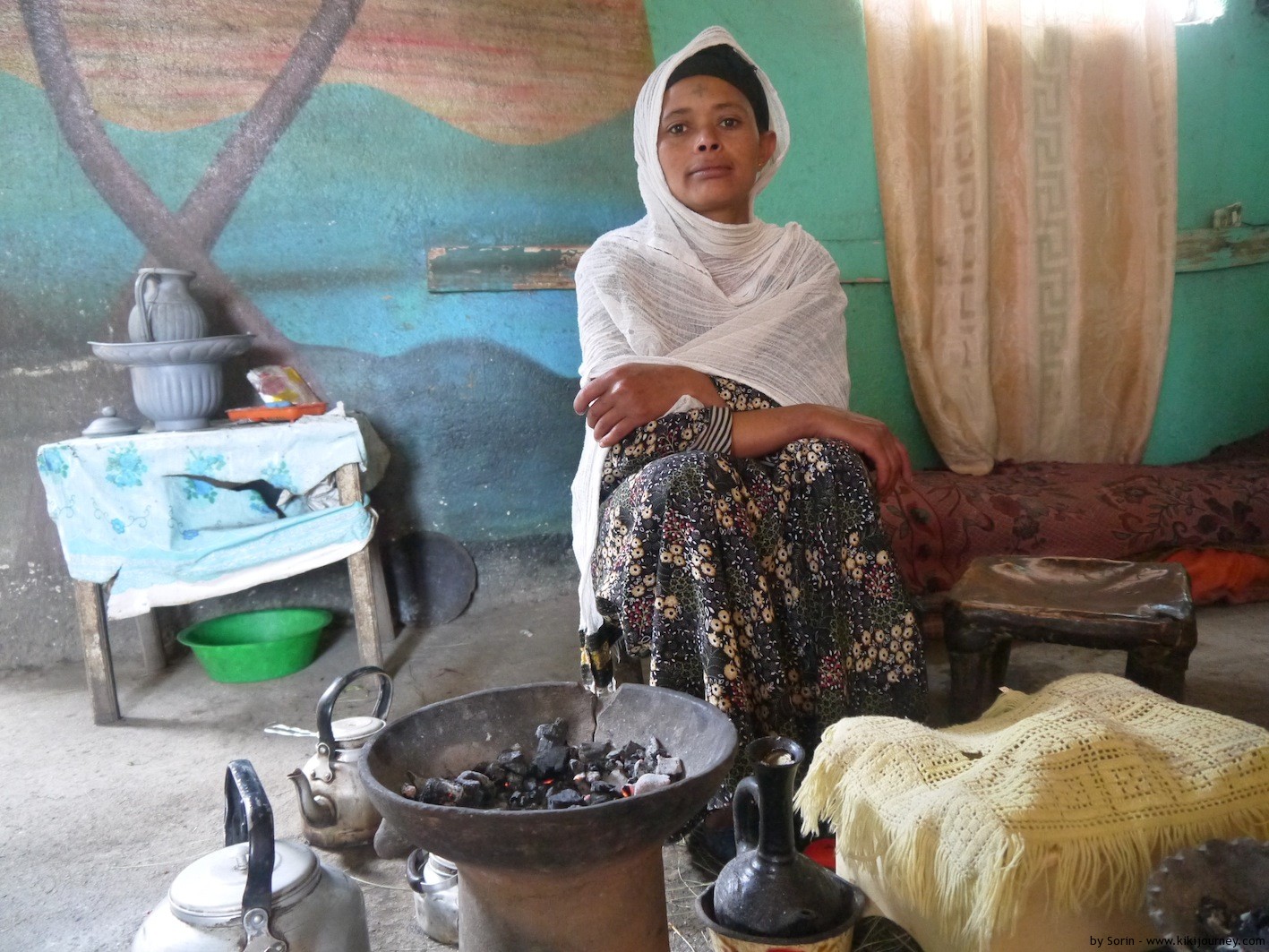 I have a few passions in life; traveling can be considered one; Google Adwords can be another one; collecting masks is one, too. Drinking coffee can be considered a vicious in some cultures. For me its a hobby and a passion in the same time. After visiting Vietnam in 2009 I thought I discovered the best coffee in the world; after returning I bought the machine and the Vietnamese coffee from a shop in London. The transportation is the same as the coffee price, but it’s all worth it.

I knew that Ethiopia will be a paradise for me. It is the country where this magic liquid was first discovered.The legend goes like this: The legends tell the story of Kaldi, the goatherd, who live in Ethiopia around 300AD. He noticed that after the goats had been eating red berries from a tree, they were lively and energetic until late in the evening. He tried the red berries himself and experienced the same effect. He mentioned this to the monks in the nearby monasteries, who from then on took the berries to stay awake during the night prayer gatherings. By chance they discovered that the beans could be roasted and that a beverage prepared from the roasted beans not only produced the same effect, but also tasted better. The coffee beans and the beverage made from them, were from then on regarded as a luxurious stimulant.

The Arabs then made the drink popular through out the world. By coffee production Ethiopia lies in 5ht place after Brasil, Vietnam, Columbia and Indonesia. Arabic is the main type cultivated. The coffee Arabica strain is Ethiopia’s original barn and the only one still grown and drunk there today. It does not have the excessive pungency or the acidity of the neighboring Kenyan brands.

The revenues from coffee exports account for 10% of the annual government revenue. The coffee production in Ethiopia is critical to the Ethiopian economy with about 25% of the population depending directly or indirectly on coffee for its livelihood. 90% of the Ethiopians live in the rural side of the country so imagine a bad year in crop production will be a disaster  for many of them!

No wonder they are having an interesting ceremony. First, reading from books and on the internet about it, I thought the ceremony is a touristic  one and is randomly performed. Except one or two locations, the ritual was done in every place I had a coffee. The ceremony is usually performed by a woman; actually never seen a man doing it; sometimes she wears the national costume but depends more where you drink the coffee. The more popular is that place, the more chances are to have it. 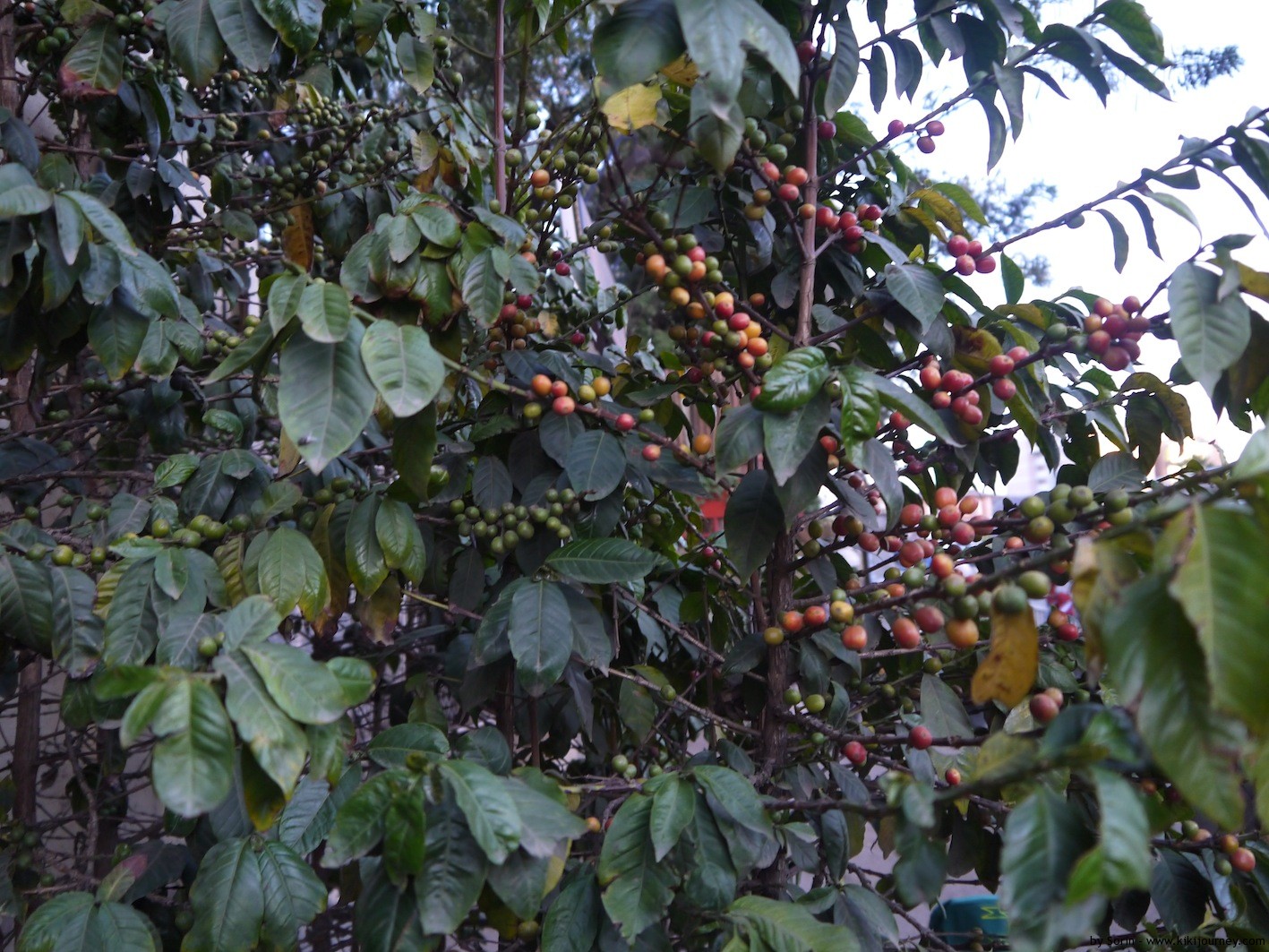 The ground coffee is slowly stirred into the black clay coffee pot locally known as ‘jebena‘, which is round at the bottom with a straw lid. It’s very light and now I regret I did not buy one; I am sure it can be found on Amazon! 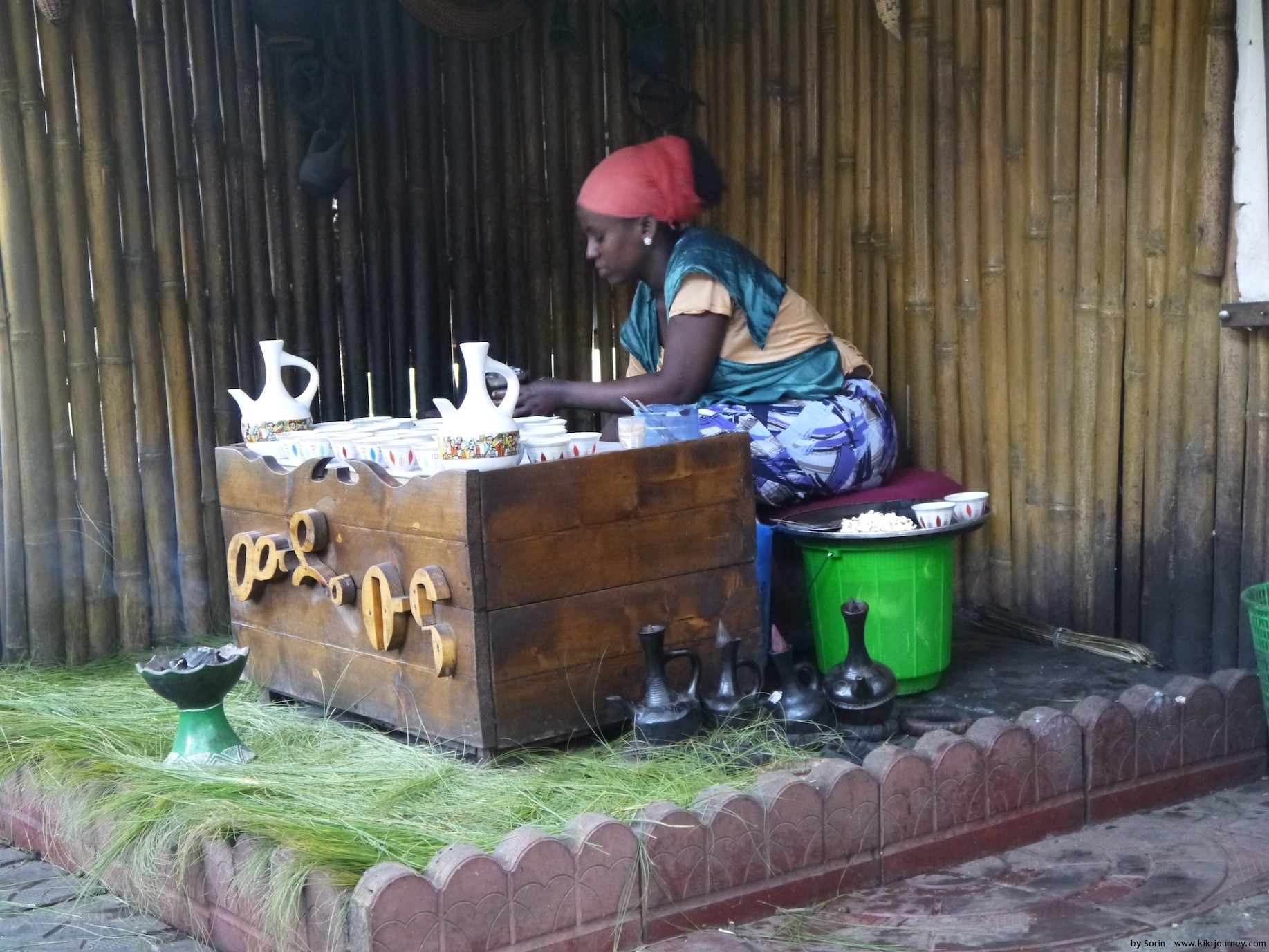 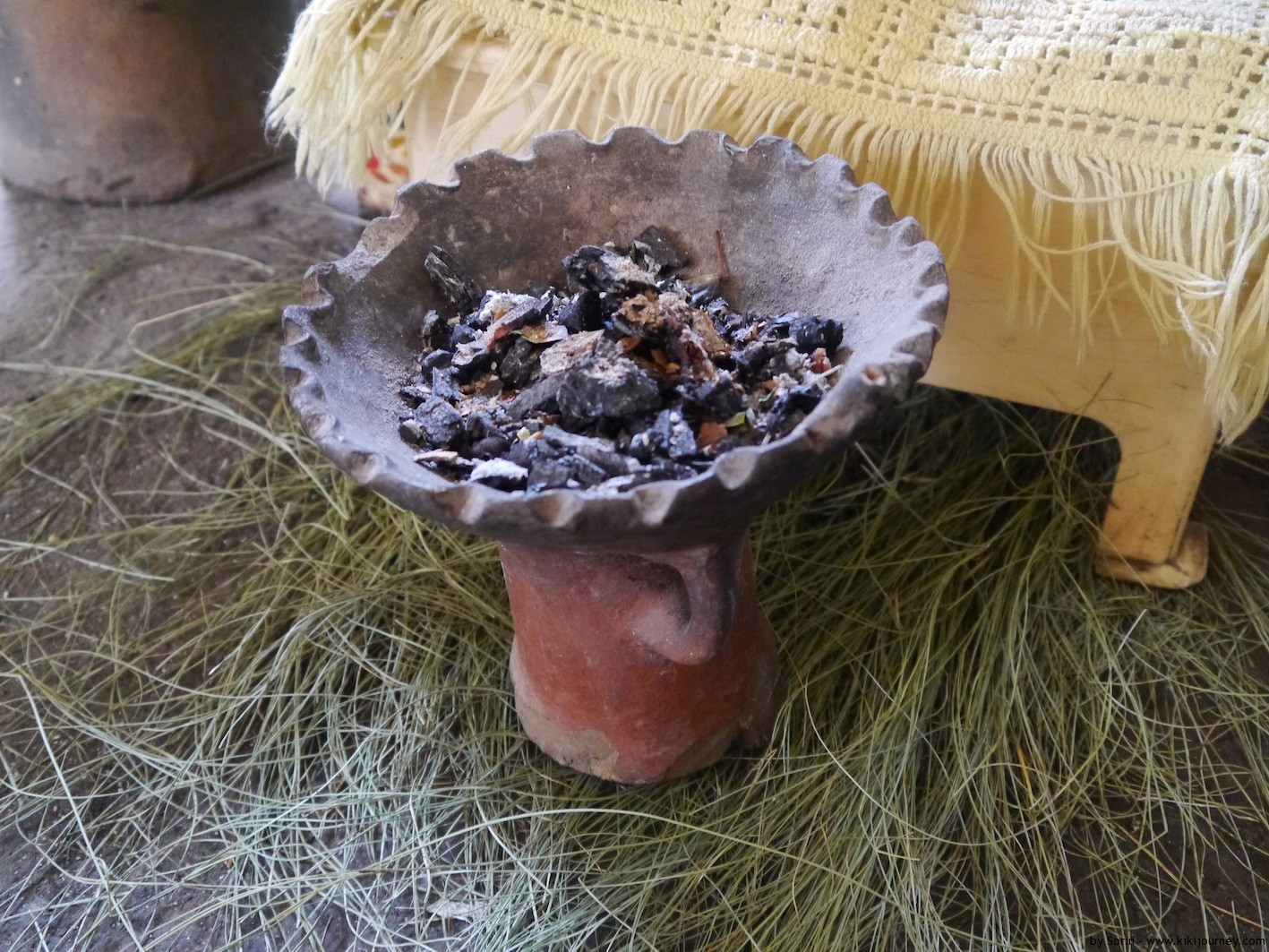 The incense is always burned during the ceremony; it can get unpleasant at the beginning, but in the end you will get used to it and might like it! 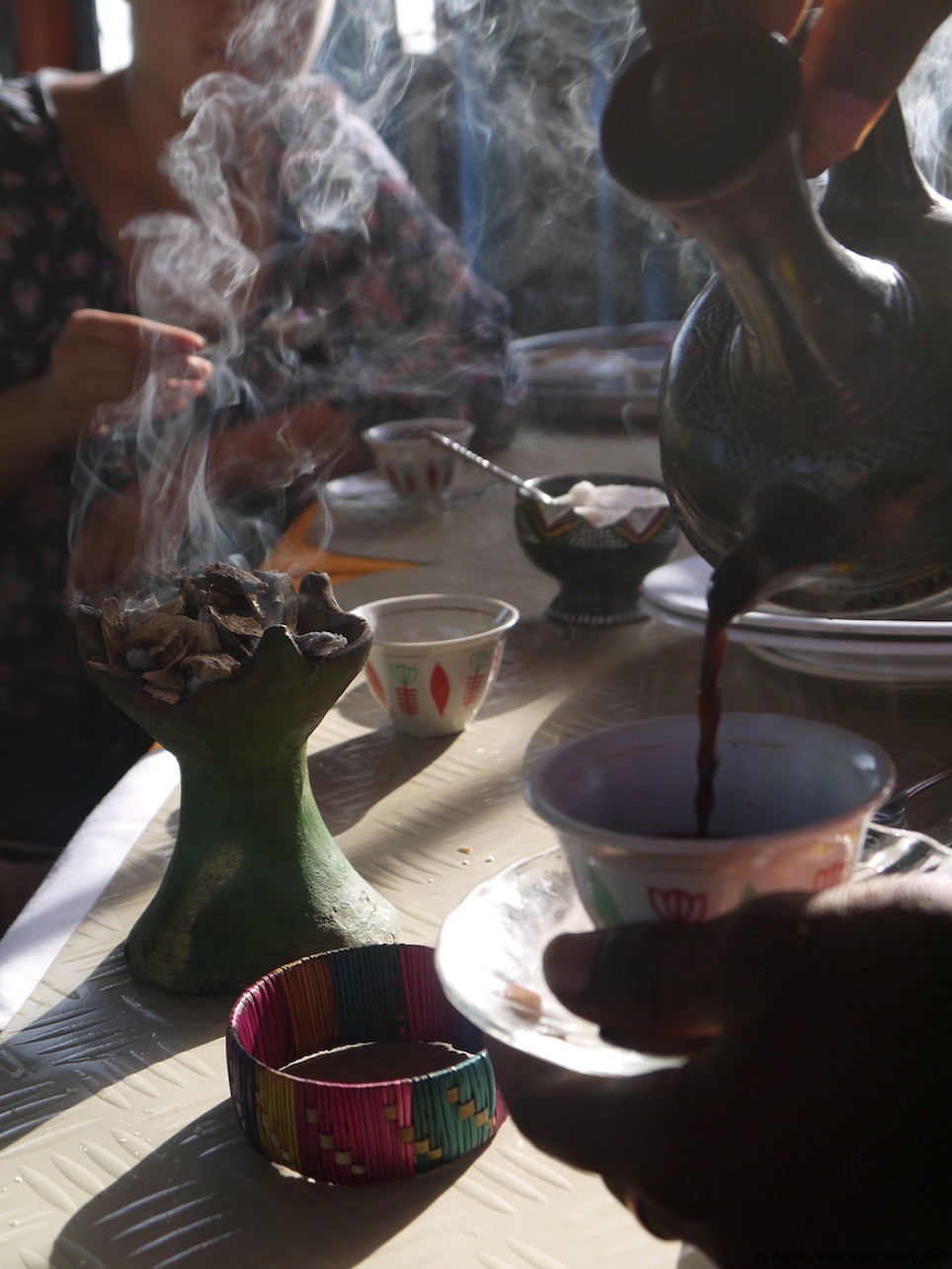 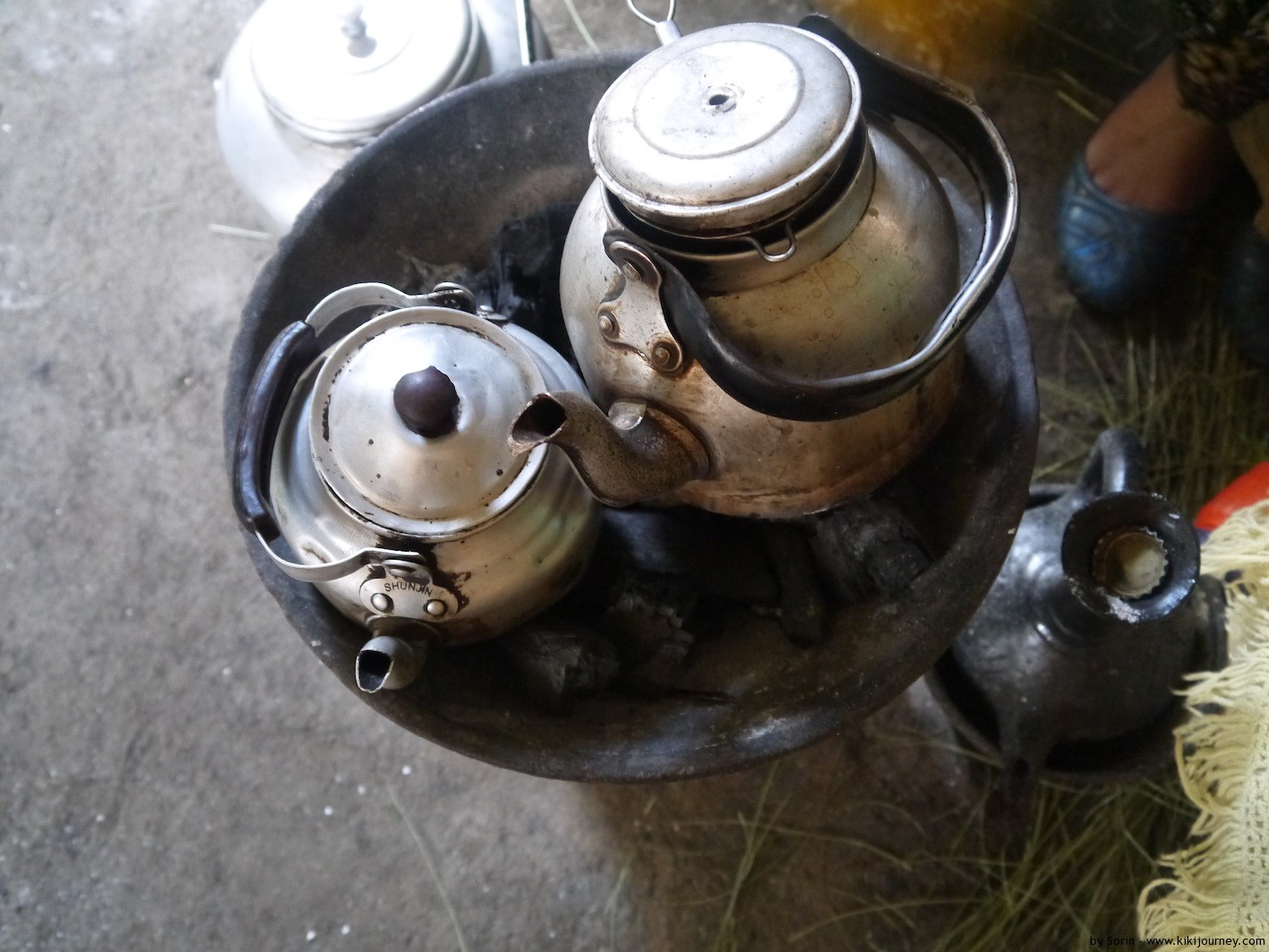 
The best coffee I had in Ethiopia? Hard to say. The first experience was in the guesthouse I stayed in Addis Ababa. The coffee was very strong, come without milk (except makiato, the Ethiopian coffee is not served with milk). Usually when you drink a strong coffee your heart starts to bump; not this time. Maybe is all 100 pure and not combined with other types.

By far, the best coffee ceremony was performed while heading to Lalibela at a local restaurant. The place was very simple, but somehow the lady in charge made the ceremony very special. Watched every move she made and even helped here with keeping the fire on; she was very happy and my gestures were highly appreciated. 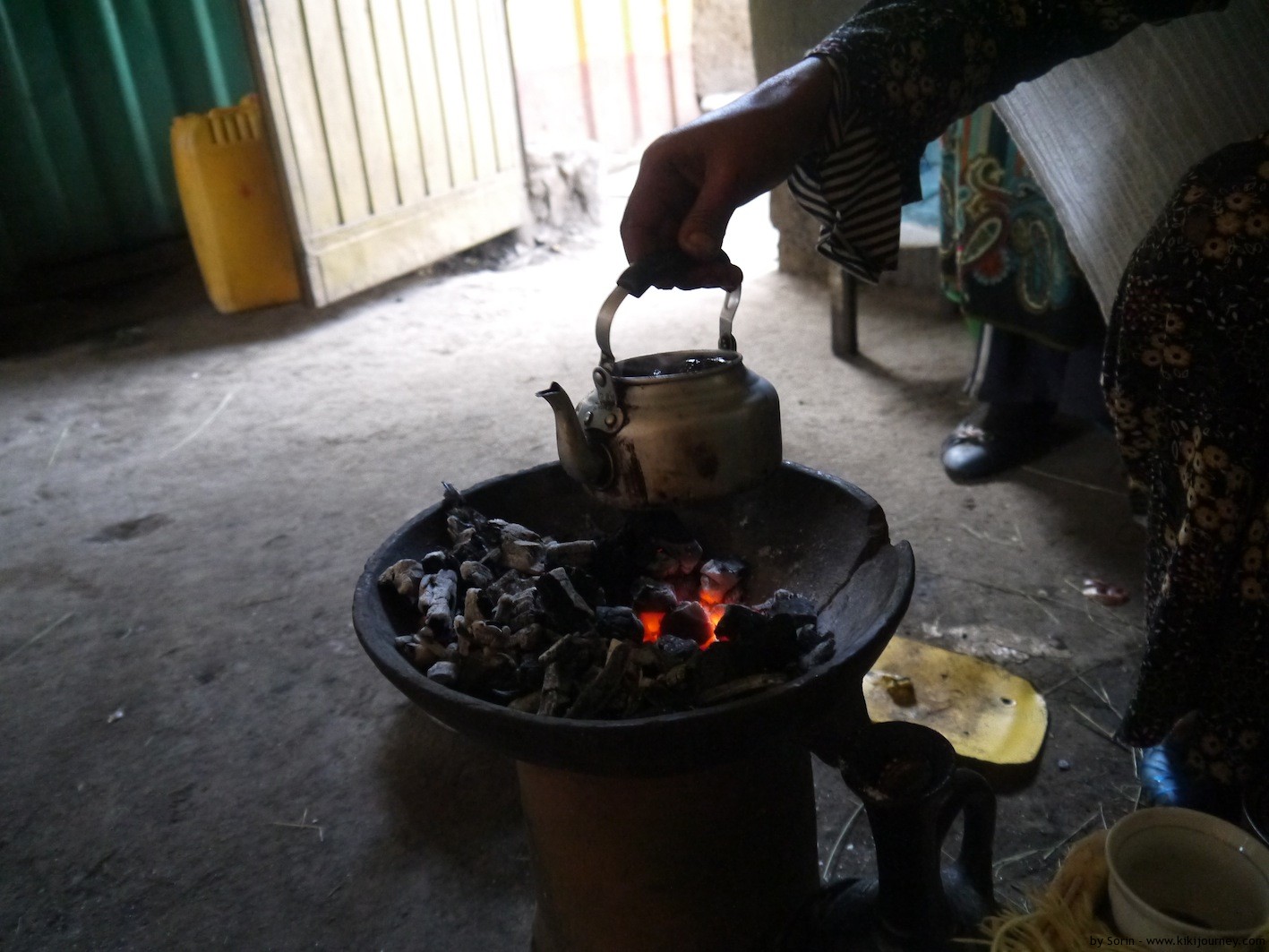 Best Makiato or coffee with milk was at the Habesha Coffee in Gonder. Staying 3 days in Gonder I had the pleasure to have it every single morning. 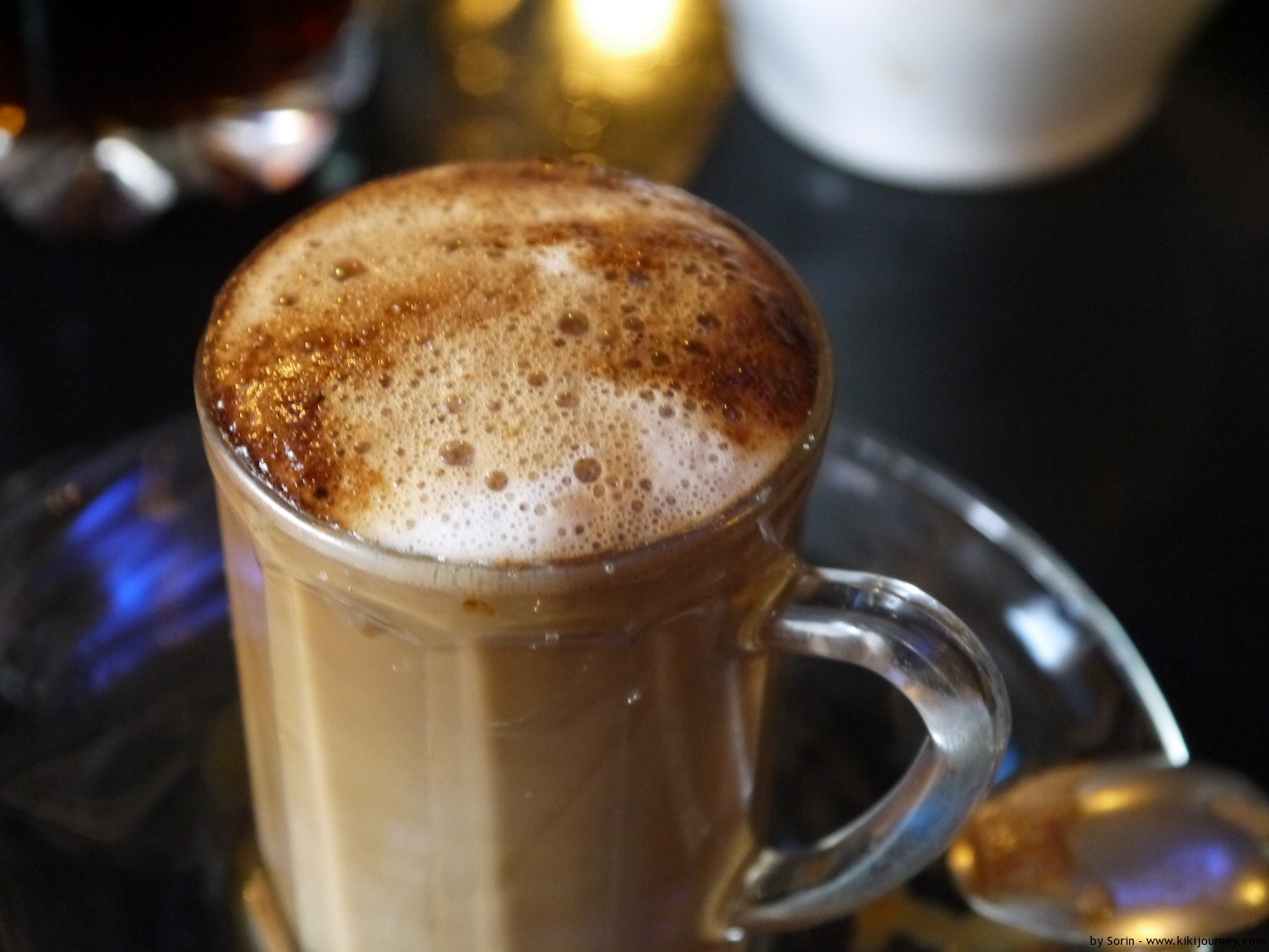 The Ceremony at Lake Tana was nice one too; mainly due to the location. A quiet place, the lake  view and a strong local coffee; could have been the best coffee I drank in whole Ethiopia. While in Gonder, the Wude Coffee is well known for the different types of coffee; worths trying it all! 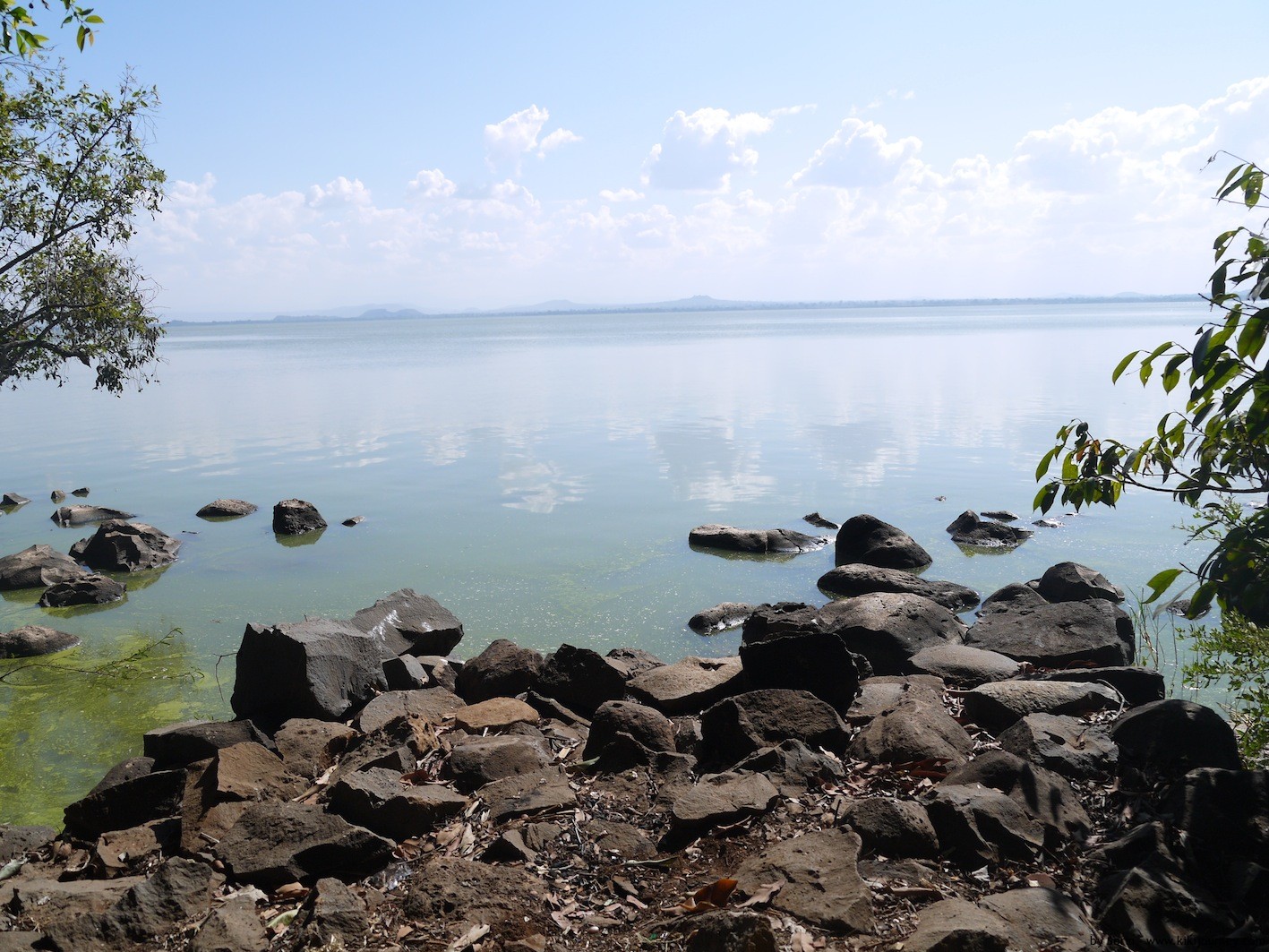 Worst coffee in Ethiopia? Is that even possible? Well, I like to test things and when I saw on the menu at Wude Coffee in Gonder, coffee with butter I said to give it a try. The problem I think was the butter, which had a nasty smell and ruined the coffee; had only a small sip and that was enough for me with the testing!

Not to forget, Coffe Makato in Addis Ababa, a trademark for any coffee lovers. Being written about it in Lonely Planet its always full, both with locals and tourists. I would suggest to go with a strong espresso, but one with the milk is also awesome!

Price for a cup of coffee in Ethiopia? From 6 to 15 birr which is less than one dollar.

So coffee lovers, take a flight to Ethiopia and try every coffee you encounter because it’s more than an experience!