I am not sure if the impression of the churches would have been a different one if I had visited them in a different, perhaps more quiet period. Christmas in Lalibela made the monolithic churches a little bit more special than they are. Not saying they are not extraordinary, but without the Christmas atmosphere my visit might have been different.

Much like everyone else, I started my visit with a short stop at the ticket office. The entrance fee for all the 11 churches,  is 350 Birr which is around $20. It seems quite expensive, but it’s worth the money. Actually the ticket is valid for 5 days, so you can visit the complex at your own pace.

I am not sure if the guide is a must but I recommend getting a guide, otherwise you might miss lots of interesting information. Our guide knew so many things about this place, so many historical facts and stories, it was mind-boggling. The downside, of course, was that he had a bit of a weird accent and we had to pay extra attention to him in order to understand what he was saying. My attention span was about 6-7 minutes, I admit! The guide costs us 500 Birr for 5 persons. That makes $5 per person, but I believe the price will go down in the non-touristic season. 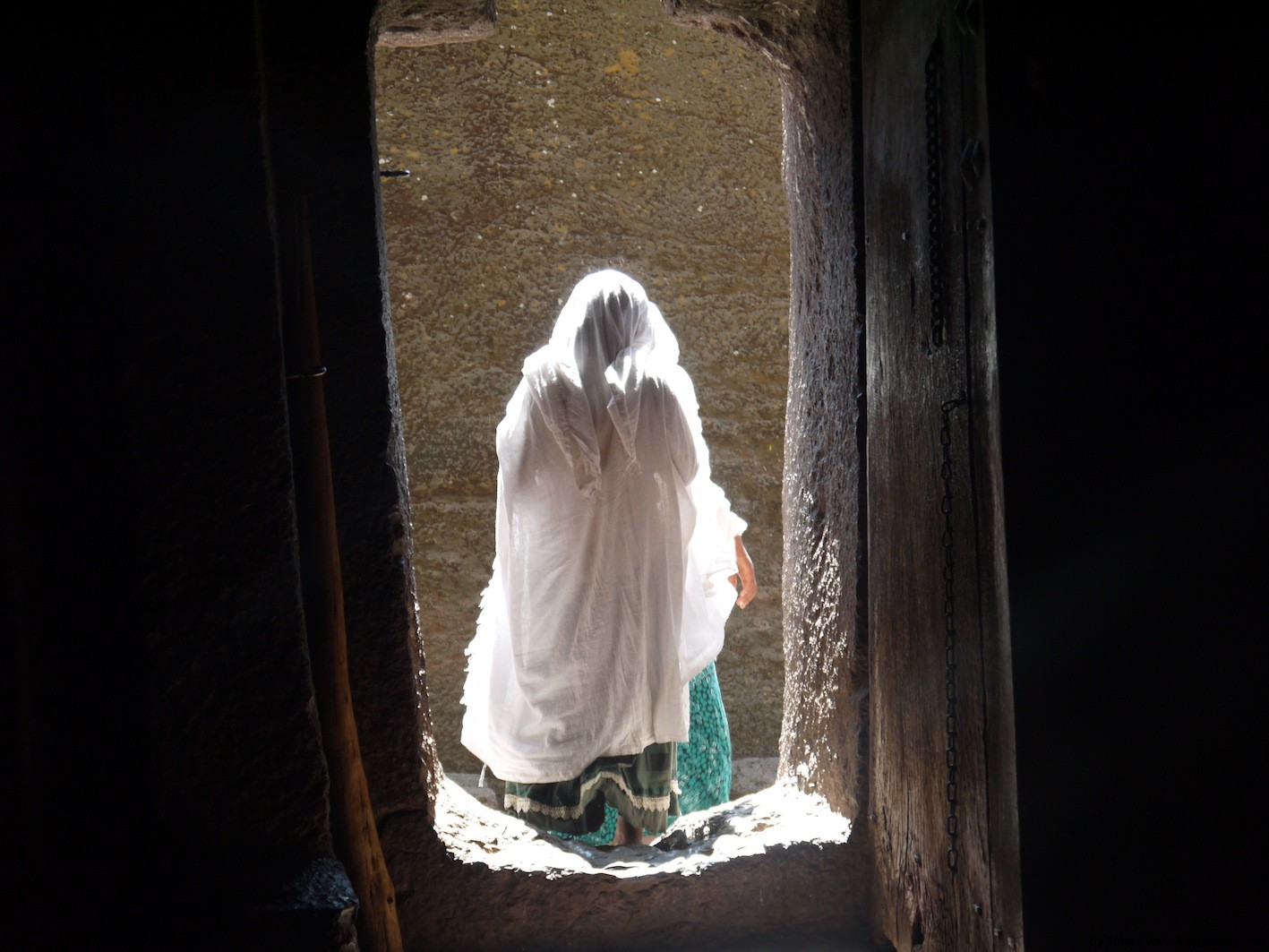 Why are the Churches so special? Well, they are carved directly  into the rock. And I think it is volcanic rock which makes it even more difficult to craft. Before leaving for Africa I actually saw a documentary on the Discovery channel saying: Lalibela churches built by the aliens? Not sure about that, but what I can tell you is that the guide told us and he truly believed that they were built by angels; and he was not joking!

There are thirteen monolithic churches in total, which were all carved downwards into the earth out of a single block of red volcanic rock  and they are part of the  UNESCO World Heritage.

The site built in the 12th century during the reign of the Lalibela King. After seeing Jerusalem, he decided to build the complex that he hoped would become the new Jerusalem of the world.

It took us around 3 hours and a half to see all the churches; the complex is very big with a lot of labyrinths, tunnels and narrow passages so you need to be in a good shape; otherwise you might be sweating from the very beginning.

The most interesting tunnel is the one connecting Beta Gabriel Church to Beta Mercurios Church; it seems to be  very dark and quite scary; the queue was very long so we decided to take the short way. 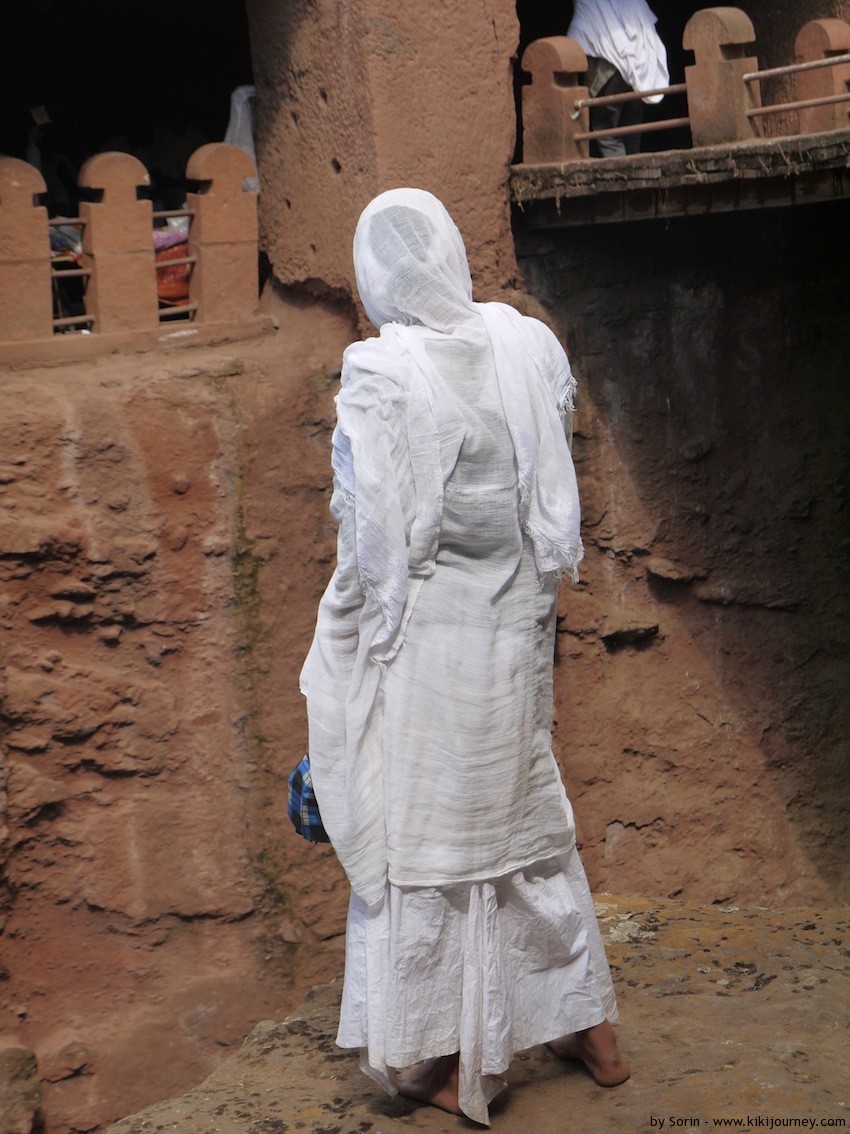 The churches are divided into several groups.

The Northern Group: Bete Medhane Alem, home to the Lalibela Cross and the largest monolithic church in the world. 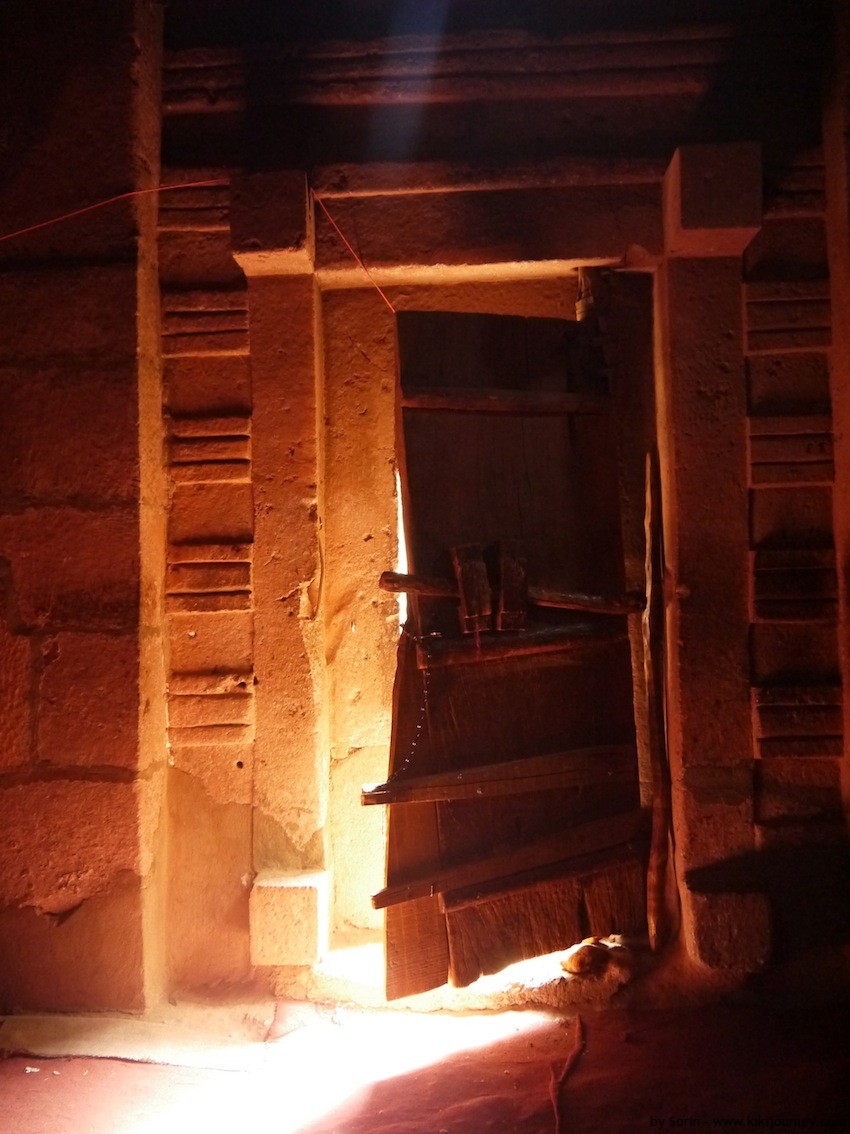 The Western Group: Bete Giyorgis,  which is the best preserved church.

Worth the money and the rush, first to see the Christmas ceremony in Lalibela and the next day the churches? Worth paying $60 per night for accommodation?  It’s a Unesco Heritage Site, a very spiritual place and an impressive one on top of that. Just think about how the churches were built 800 years ago and in a very short period of time.

Without the churches, Lalibela would be a dusty, normal, rural city in Ethiopia. With the churches, even if it has not become the new Jerusalem or the Mecca of the Christianity, Lalibela attracts annually thousands of pilgrims from the Christian  world. I am glad to have been one of them.