It took us more than one day to arrive to Pomfret. We have seen the signs only few km away from the town. Like it did not exist it. Actually, it does not exist on any South African agenda; either black, Afrikaans or colored.

Let’s rewind the time a bit. Early 1975 and the civil war was in Angola. Or the Cold War between USA and Russia & Cuba on the other side was still going on. On African soil. MPLA were the Communist side, supported by Russia and then Cuba;  FNLA, the either faction was supported by SUA and later by South Africa. SA involvement was simple: they did not want the Communist to extend to their border. At that time, Namibia was a South African colony.

In a war we need soldiers. And usually on those days we did not apply for a position. You were taken straight from your house and made one. This happened to many young Angolans boys. Soon they will be part of  32 Battalion. The  FNLA troops  were  toward the Namibian border by the MPLA. Col. Jan Breytenbach soon was to become legendary. He took in charge of the young Angolans and trained them. They were becoming soon The 32 Battalion. Supported by the South Africa they were a guerrilla battalion. But South Africa involvement was still a secret one and the story was that they were Angolans mercenary, fighting against the communist.

And they did fight damn well. Soon they became one of the best battalions in the world. It seems they had never lost a single battle. There were 2 military based: one in Namibia (Buffalo) and one on South African soil (Pomfret). When they were not fighting their house where the two bases. Many of them had and still have Namibian wives. It was common in those days, on the way to the base to make a short stop in a village and to pick a wife.

The war ended, the Battalion was disbanded in 1993 and the Angolans soldiers had no home or identity. They could not return to Angola: had no family left there. Now, there home was South Africa. But SA did not recognized them as citizens or militants who had fought for the South African Army. But they decided to remain in Pomfret.

Our days; year 2013. After 20 years, the military base of Pomfret still exists. We encountered by a group of 10 kids whom were playing and singing under the surveillance of a young woman. It was to be the only happy moment of the visit in Pomfret.

It more in a ruin. Half of the house is on the edge to collapse. The other half, where people do still live are in a mediocre state. The town looks exactly like an American base. Most of the houses are painted in white and have a small porch in front of it. But half of them are empty. The town is a ghost one. Few children are playing on the dusty roads. It’s the only sound you can hear in the town. Without the children Pomfret soon will vanish from the map. I took many pictures in Pomfret for Marcel’s article. I did not see any smile. I did not see any hope in their eyes. 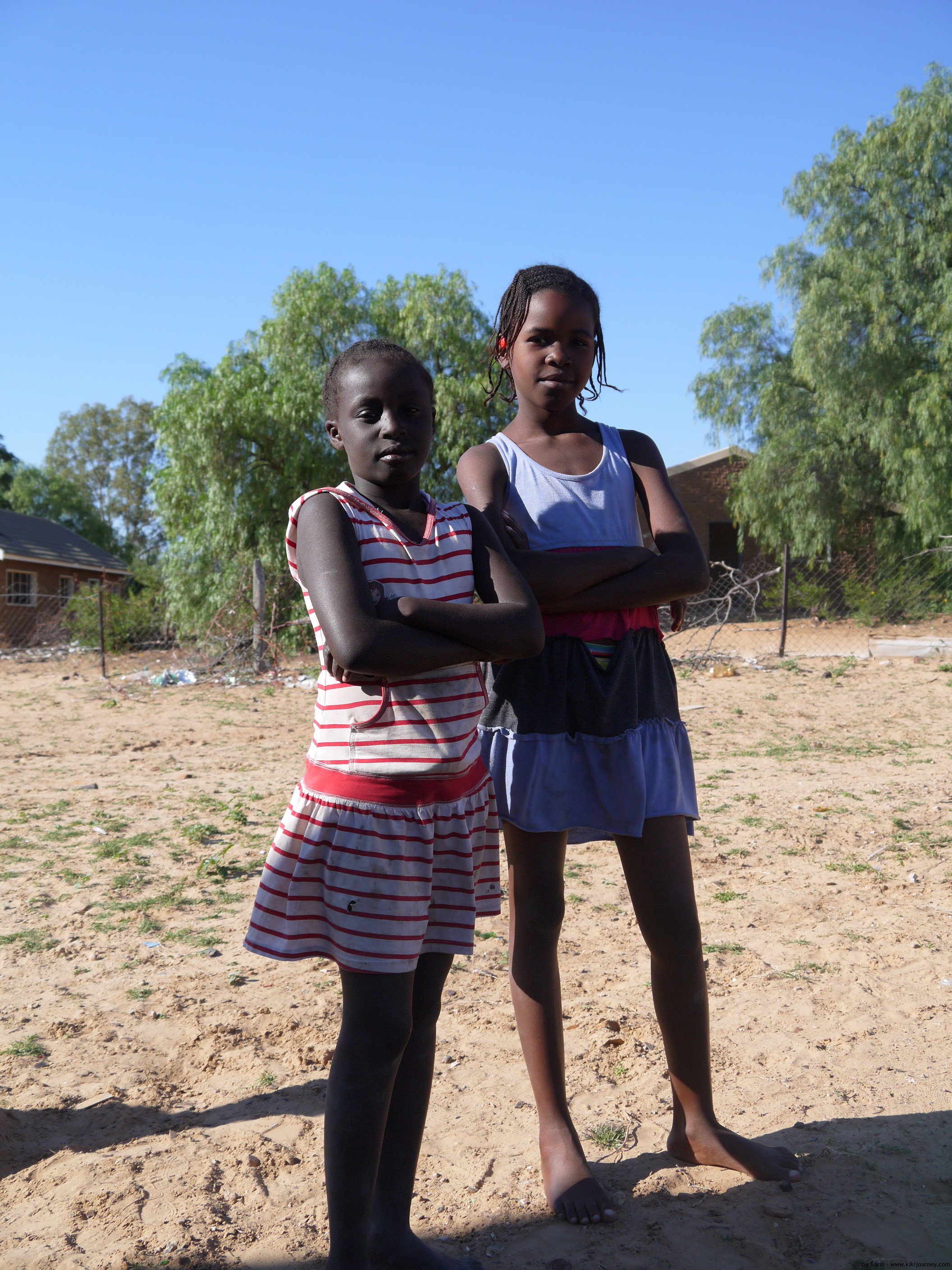 The old people, mainly Anglicans’ are the majority in the town. Young people are scarce. The one whom managed to escape are working in Vryburg, Pretoria or Johannesburg. Mostly of them are working as guards in the private security firms. The legacy continues.

The town has no running water most part of the day. Only 2 hours a day. Electricity the same. We had dinner at a local person. That part of the town had not had electricity for 16 days. They were promised to have in a few days.

The town has no police department. It was closed in 2005. There is no hospital or medical staff left; the nearest hospital is at 200 km away. But there is no public transport linked to the town and shared taxis can cost up to 100 rands. For them, this is a fortune.There is no mortuary – so they have to transport the dead person to Ganyesa and the back to Pomfret for the burial. They have no jobs. The oldest has no pension at all. They only live from the money their sons or daughter sends home. But in the same time I did not see no economic initiative from them. I know some are old and can not work but they are waiting and only waiting help from the local authorities. I did not see any initiative  from their side.

I have seen only a small clothes shop, one bar and one small market store. This person has no future and no life. How is a normal day in Pomfret? A desolate one.  Beside staying for a chat and drinking there is nothing left for them. For 1-2 rands they drink a local beer drink. Tried to have a sip but it was not my taste.

The only activity for the young’s is the pool – with only one rand per play and one beer all night long. But this is the outside world. 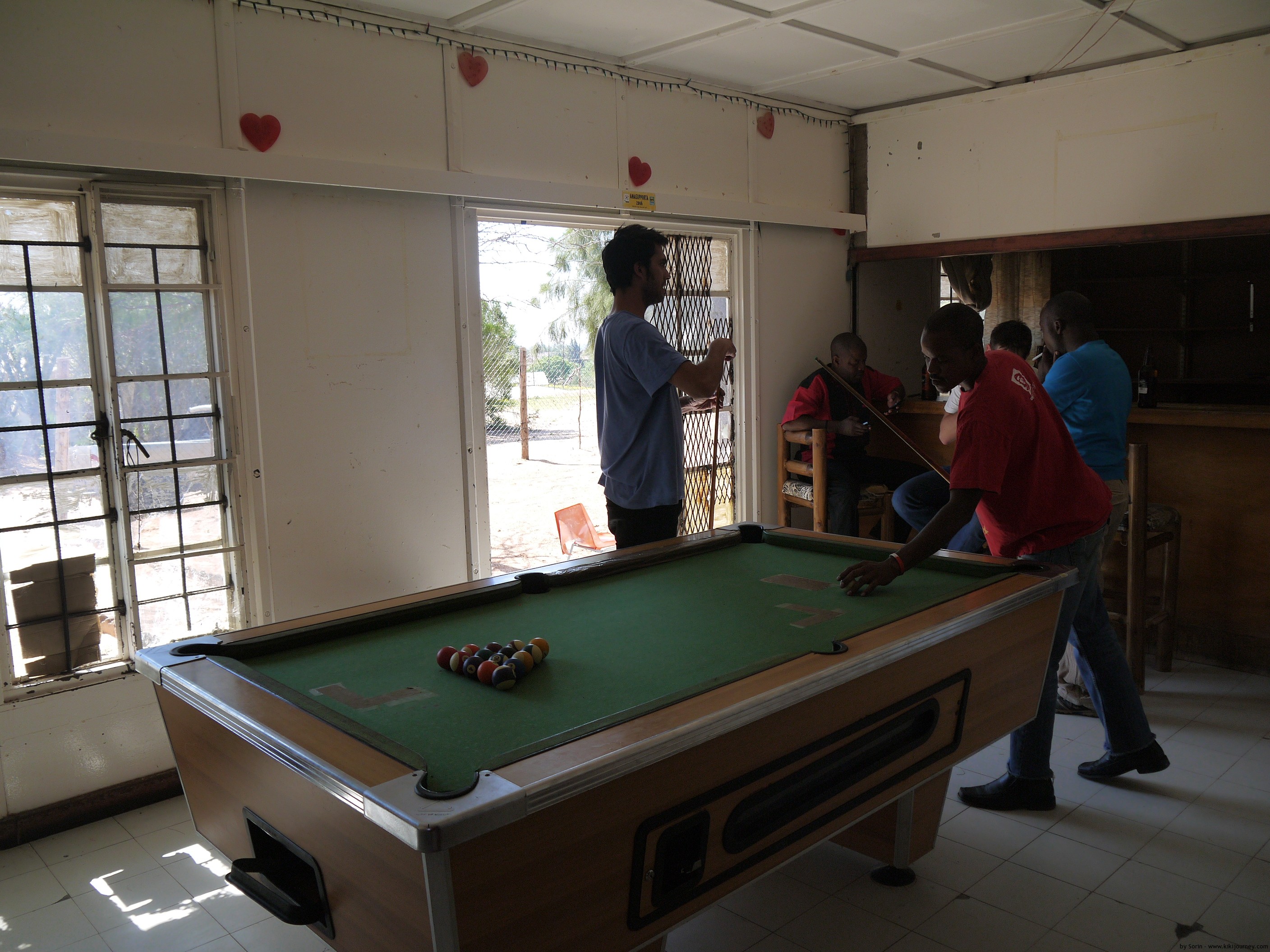 Inside the houses are a whole different story. On the other side there is the poor and the unkempt house; the single man won. Images sometimes can express more. But, like a miracle there is a different side. The clean and happy life. It was like a shock for me to see the house of the teacher’s mother. It was like stepping in time. Back in 1970 in the States. Clean and the perfect house. Electronic appliance like a Full-HD Tv or nice sofas. Not to mention the food. We managed to survive only with some biltong on the past days. One healthy and extremely tasty meal, it was. With the Portuguese heritage and cooking still kept alive, it was a great display on our plates. A veal stew, rice, vegetable and… were amazing cooked. We bought the meat, the rice and the beers and she cooked for us.

It was an interesting atmosphere. On the one side was the fact that we were having dinner by candlelight. Last last I had the dinner is such a manner was during the Communism in Romania. I was tired and I bit hungry after a long day, but the stories told at the table made the sleep go away.

I was really impressed by the hospitality of the guest. She did not want to sit with us at the table. She wanted us to have all. Since our local language skills were 0 we talked to her in Portuguese. Angola being a Portuguese colony she still knew the language. The next day she prepared breakfast for us: omelette, milk and coffee was enough for us.

The house in which we slept was a different story. No running water; which has to be fetched from outside. Clean as a single boy house; you can make the translation. Full of empty bottles outside the house. Well, this is to be seen in all Pomfret; not sure why it is so common. 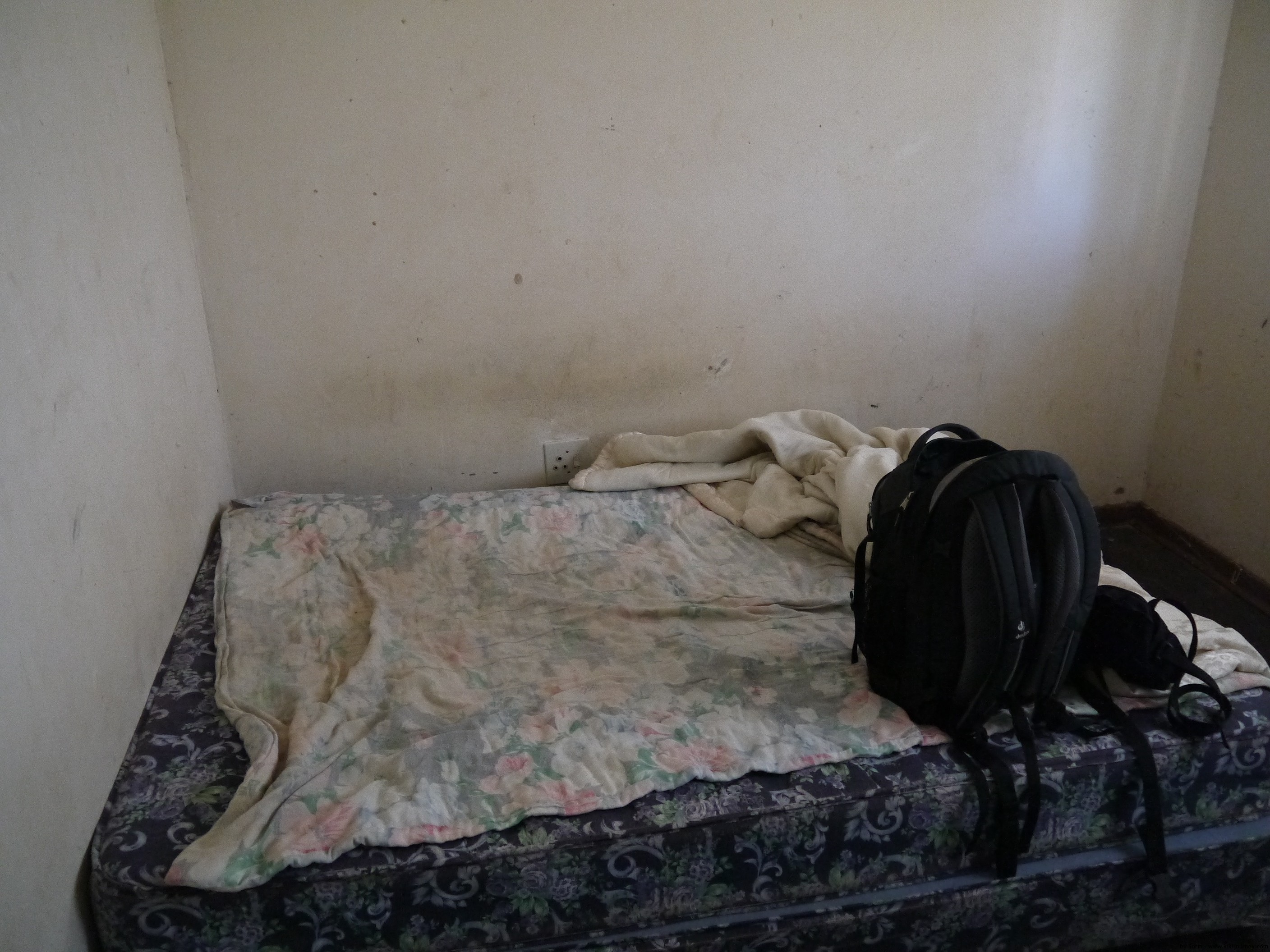 Probably Pomfret will be covered by sand in the next decade. The town has no future and will probably be a completely ghost town after the last veteran dies. But I do hope their story will remain. And that they will be still be remembered as the invincible Battalion.