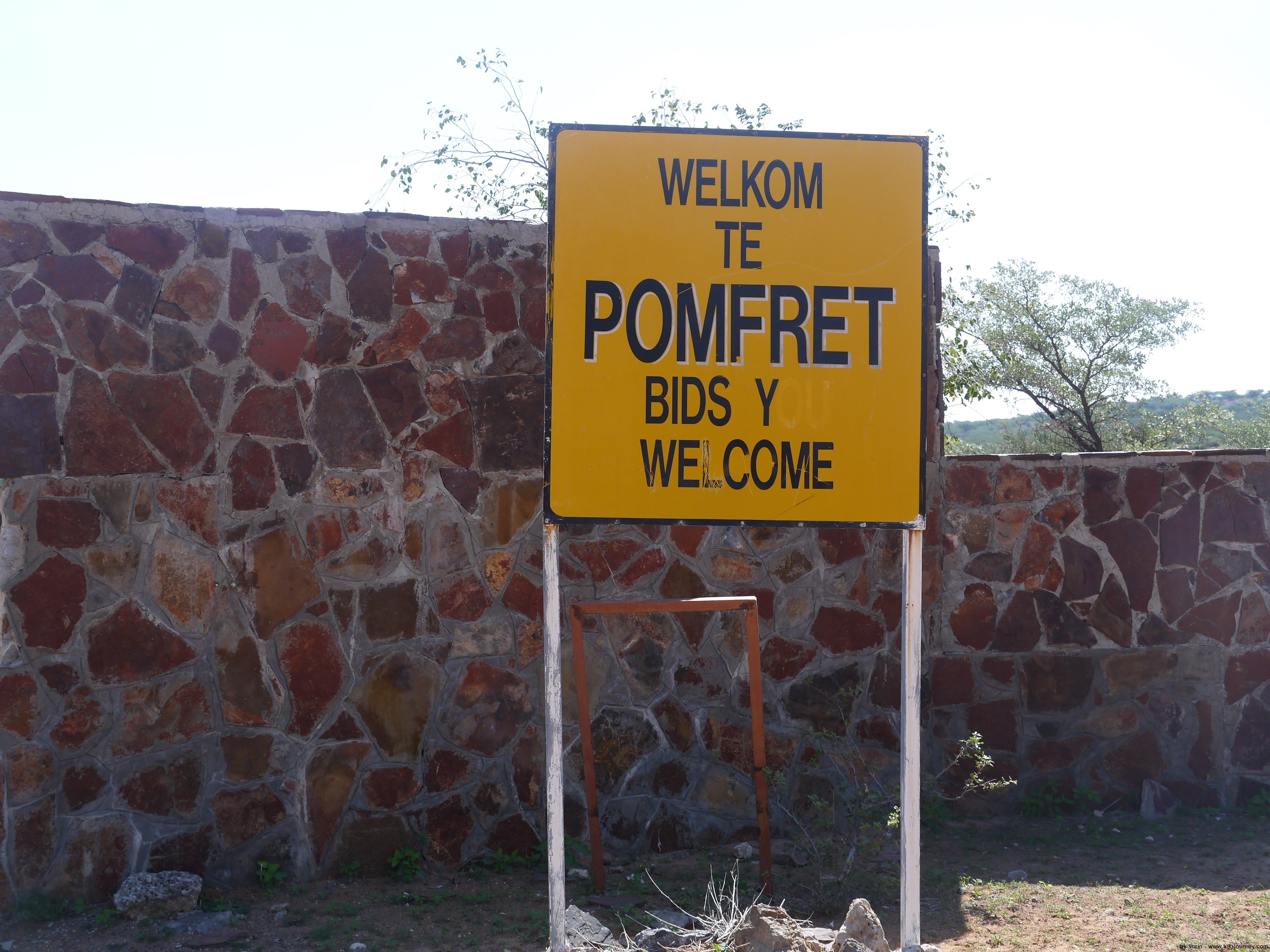 From Johannesburg to Pomfret, a small town located in the North-West territories in South Africa it can take up to 6h driving. There are around 700 km but the you usually know the starting and the ending point. The journey is always an enigma. It should have been a trip to Namibia as well, but due to some visa issues, the visit was cancelled and only Pomfret was on our list. More Marcel list because he had to do an interview for his story; the story of the 32 Battalion.

We left Jo’burg late Friday and our directions where some papers printed with the route. It was a first mistake cause after some exist, we got lost a bit. Somehow we missed the Kimberley exist and took a different road. Luckily, Rafa had his Iphone and the GPS was working. Somehow we landed in a rural area, on a bad road and poorly illuminated. I still had some of the initial fear when I first arrived in South Africa.

Our next target was not Pomfret any more because it was too small to be found on the map. It was Vryburg. Yet another problem was the fact that it was spelled differently on Afrikaans. And it was pronounced differently too. At some gas station where we stopped several times it was impossible to pronounce it correctly. And the indications were sometimes different from person to person. The gas station was also our food supply point for the Biltong.

Half of the itinerary had been either on the highway or on a decent road. But this was to change soon. Don’t remember well the town name; can be Dellareville or can be not. But what I remember the stop for biltong at a local supermarket. It was around midnight, we were deep in the northern territories, the black territories and where the Afrikaans were very few. As it was cold cause we were approaching the Kalahari desert and you know during the night on the dessert the temperatures are very low.

Not sure why I was still a bit scared; I wasn’t alone in the car and the worst thing to happen to us was the car to be stolen. Ever at the store looked at us a bit strange; asking themselves what the heck are these whites doing here? Luckily no one stole our car and a police patrol was just passing by.

As I was saying before the fun part was about to come. In Delareyville, we took with us a hitch-hiker. I think it’s not so usual for some whites in South Africa to take strangers on their cars; imagine being a colored or a black person. I am not a racist person, but this thing happens or actually does not happen. In the end, we are all humans; our skin should not influence our decisions. The problem with this fellow was his English. Or its lack of it. He was speaking his native language and Afrikaans. It was a common thing in this region to learn Afrikaans. Not sure if the whites were learning the local language like Zulu. At some point we started to sing and tried to make him sing along with us. But he was too shy to do it.

After we drop him off the road started to worsen it. Big craters arose from the ground. It would be our road for the next 2 hours. In total it should have been 6h but almost 5h had passed and no sign of Vryburg. The car was starting to heat and this was the last thing I wanted to happen; to be lost in the middle of nowhere; cause it that direction we were heading. Luckily, the Germans are still making excellent cars. Or made 20 years ago when Marcel car was made.

7 hours driving and finally Vryburg was coming. Yet another problem was to come. Where to sleep? The teacher we were suppose to met was not answering the phone, the 2 guest house we met were fully booked. We passed an Afrikaans bar and we were already thinking to spend the night over there, drinking. Guest house number 3 was a lucky one: Ngulube Lodge. Actually, all the accommodation has the name Lodge. In Europe Lodge is associated more with luxury. It was not the case here. Decent room but the price for 3 us sharing one room was around 400 rands. In the we paid only 350.

We asked the receptionist why it was fully booked everywhere. She told us that a funeral was taking place, one member of Battalion 32 would be buried early in the morning. Why early in the morning we asked. Cause at midday it very hot and the body will start to smell.

The next day while taking a decent breakfast at a local restaurant we discovery a bit the town. Vryburg is actually known as the Texas of South Africa, being the largest beef producing district in the whole South Africa! Now I understand why are over 15 accommodation places in this forgotten town.

And we hit the road again. First part was a excellent one; great asphalt  and it looked like we would reach Pomfret soon. Again, we took another hitch-hiker ; this time a good look girl who was working at the local fire station. To reach her time a small detour had to be made, but she reassured us that the road from there is good and will take us to Pomfret.

It wasn’t that bad as the night before, but it was excellent either. A gravel road and again out speed was no more than 20 km/hour. Not to mention again that we were close to the Kalahari Desert and the air was starting to be unbeatable due to the heat and the dust.

It’s always about the journey on a trip. The starting and the destination points are not important at all. You can even not reach the destination. You can stop on the road if you have found your place.

The road was bad and long, but had barely felt tired. The tiredness was driven out by the music. Rafa bought a few CD’s and our favorite was Tracy Chapman. We even put on repeat Baby can I hold you for hours. Every time I listen to Tracy I do remember about the trip. 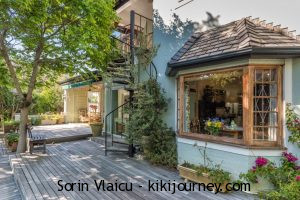