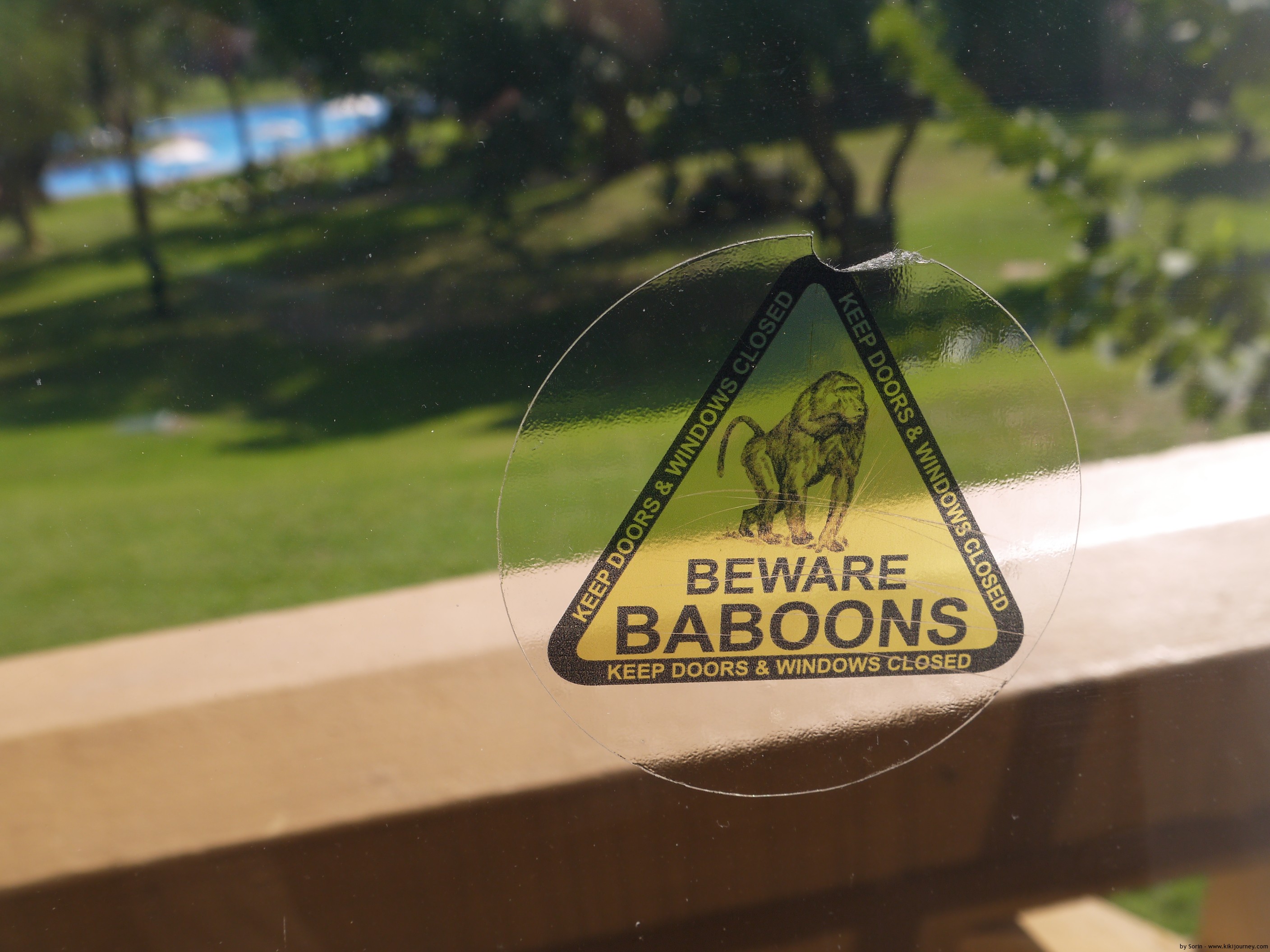 I always had a hidden passion for gambling. Or for online betting, football in general. Not in the worse way. Usually I am betting under 10$ a week and gain 9$. So the loss is not that big. I usually bet because I watch that football game and it’s more interesting. Bought my first mp3 player with the money gained after guessing 11 out of 13 results. Coming to Sun City Resort was a dream come true!

When I was a boy I used to have a roulette game and used to play with my father and brother. Always, when I use to pass next to a Casino, I was fascinating what one inside. But never entered cause I think it as a forbidden world. World of the rich only.

After an interesting road trip to the Western Cape Territory, Pomfret close to the Botswana border it was time to return to Jo’burg. And in our way was The Sun City and the Sun City Resort Its seems that in South Africa there are more than 40 casinos and which makes the country number one in this field!.

Some words about the Sun City Resort – always known as the Las Vegas of South Africa: “Nestled in 60 acres of private landscaped grounds, The Palace of the Lost City at Sun City is an iconic hotel that has a total of 340 rooms offering secure luxury living of the highest standard. Originally the first hotel ever constructed at South Africa’s Sun City Resort, the hotel is renowned for its unique combination of luxury, game viewing, golfing, gambling and resort activities. The Palace of the Lost City also offers a variety of dining venues including 6 restaurants, a few lounges, and bars to choose from. Guest can enjoy a range of delicious meals from traditional South African to Asian cuisines to a 24-hour in-room fine dining service. The hotel complex houses the ever so busy Sun City Casino which is regarded as one of the most prominent and entertaining casinos in South Africa. This dazzling entertainment complex has both smoking and non-smoking casinos – as well as the Sun City Theatre.”

So, in few words, a damn expensive place. Not for a budget, backpacker like me. But we were 3 and we were to split the room rate. First, we went to Sun City Hotel to ask for the room price. The room would have cost us there around 330 Euro. Joder we all almost said in one word! Another hotel, located nearby, The Cabanas was a 3 star one so the price for a room would be less. Well, it wasn’t less expensive. After short talk, we decided to book the room at the 5* Soho Hotel & Casino at Sun City. The final rate was 300 Euro. Divided in 3 it was only 100 euro per person. To be honest, this was the highest amount I have ever paid for a hotel. Less was around 1-2$ in Cambodia and Turmi in Ethiopia.

Luckily for me we did not check the rates for extravagant The Palace of the Lost City Hotel. Probably I would have paid double.

I have stayed before only once at a 5 star hotel but in this case my expectation was high. To be honest, I wasn’t impressed at all. The corridor was a damn huge one; I got tired walking so much. Room, quite large with a decent flat TV. The bed reached my expectation. Big with very comfortable pillows. The bathroom, except the mirror and the bath was a normal one. The room shouldn’t have cost more than 200$. 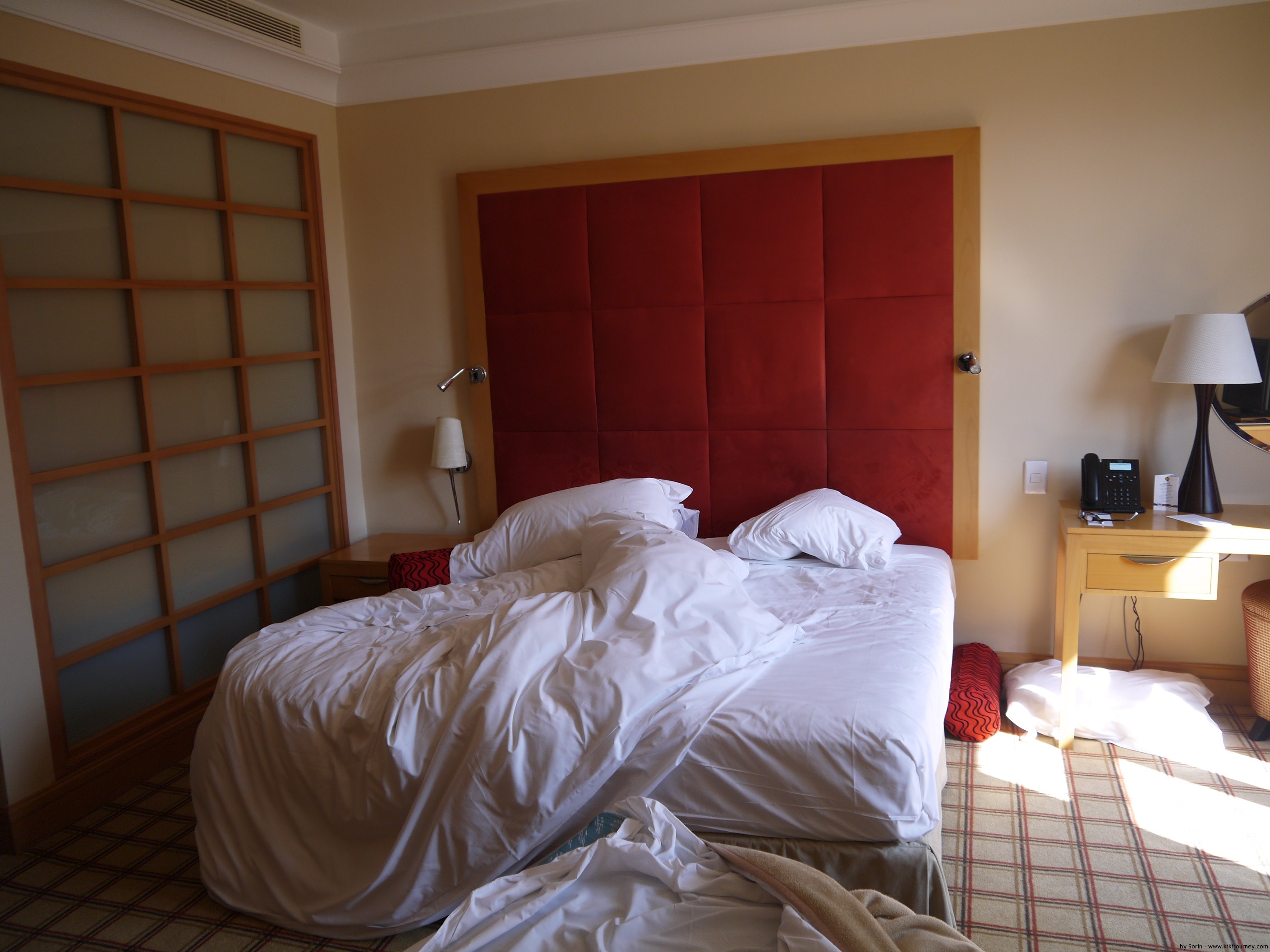 Back to business now! The only reason we set foot to Sun City was to play at the casino! None knew poker very well, slots were too easy for us so we decided to play the roulette. Before starting to bet I set a spending limit: no more than 80 bucks to be bettered. Started slowly with 40 $. In less than 20 minutes I run out of chips. Luckily drink was free cause we started to bet like professionals. Rafa, Marcel’s friend started with an amount of 200 $ and was beating like crazy on different numbers.

Me, after losing the first 40$, I decided to buy another 60$ in chips. So, my limit had been overdue! A roulette betting strategy came to my mind and seems to be working. Only in the first bet cause lately I was ruined and went to 0 chips again. It was not my night! Euphoria would be a good word to explain my next move: went straight to the lobby to withdraw another 100$ from my credit card, cause I run out of bills. Luckily for me, but not for the casino, my passport was needed to make the transaction. And my passport was in Johannesburg.

Returned a bit said to the table, bought a double glass of Baileys  and watched the table in a quiet mood. Marcel runs out his betting money and now only Rafa was betting. It seemed his strategy was a winning one. But the luck was about to come! Marcel was talking to his south-African girlfriend on the phone and asked her to say a number. It was a bit of a noisy and hardly could understand her. What number did you say? 24? 16? 26? Can you repeat? 26 to be!

And Rafa bet his 50 chip on number 26! And guess what? 26 it was! JODER! We started to jump and hug each other. The other players were applauding as well. We had no idea how much he won. Soon we would find out. Almost 7000$! A bag of money and actually it was one. Rafa wanted to play again, but we said the lake is not forever and left the table. 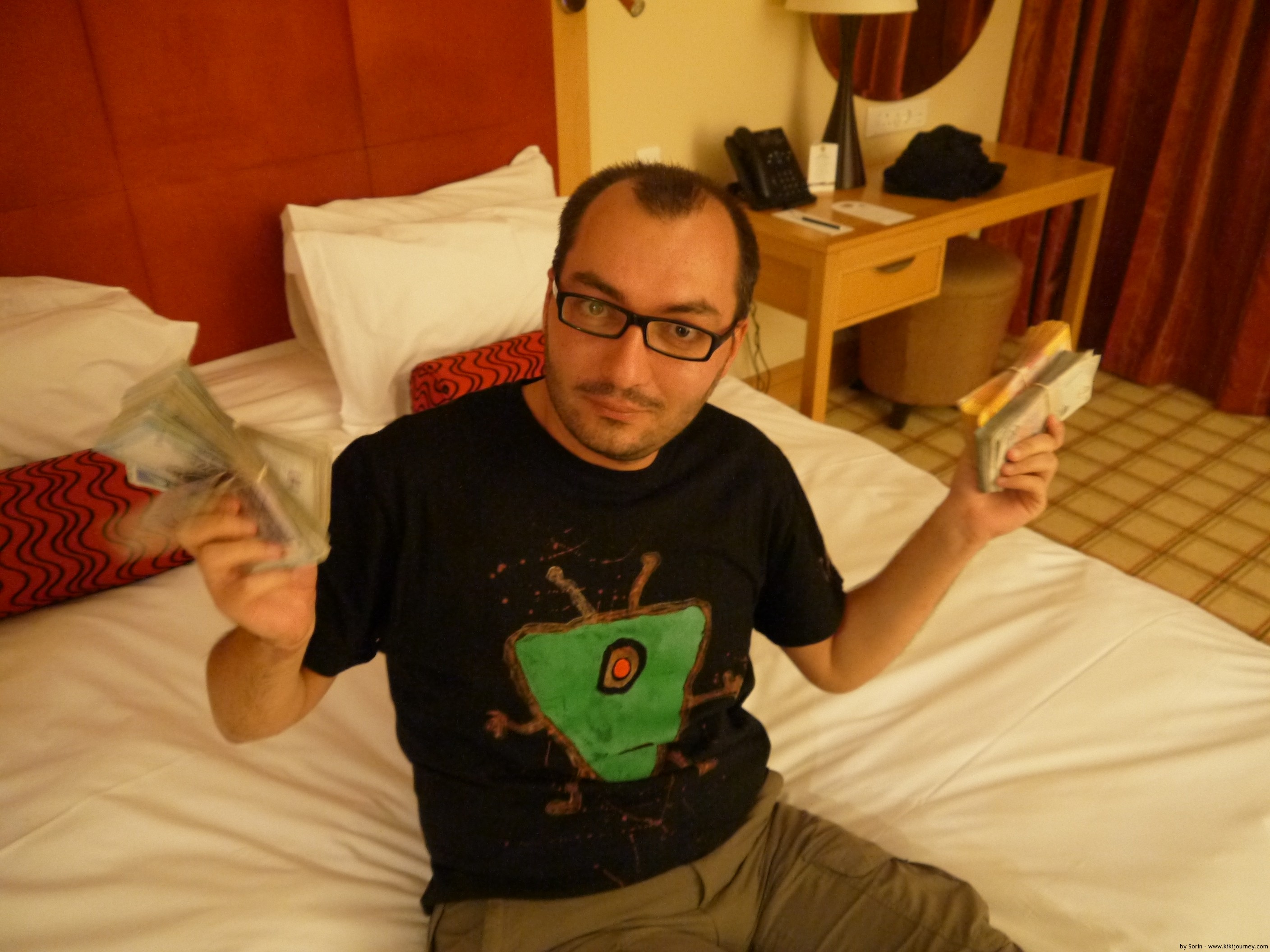 Still with a lot of adrenaline and not waiting to go straight to sleep, we wanted to do more. But it was almost 4 in the morning, the Casino was almost empty and after some chips and burgers we returned to the room! Still no sleep and with some extra money to be spent and the pay-per-porno channels available, we started to push the button to find a suitable one. in the end no one suited us, and even if one show started and paid it the next day, decided not to watch it cause it was to boring! But the discussion was very funny to be honest.

A night to remember? Even if I lost around 100$? Yes, for sure! Actually, I did not lose 100 $ but I won a lot of fun! It was a magical and awesome night! Had a lot of fun. The casino can be very fun and roulette in my case, but be sure not to be carried away!!