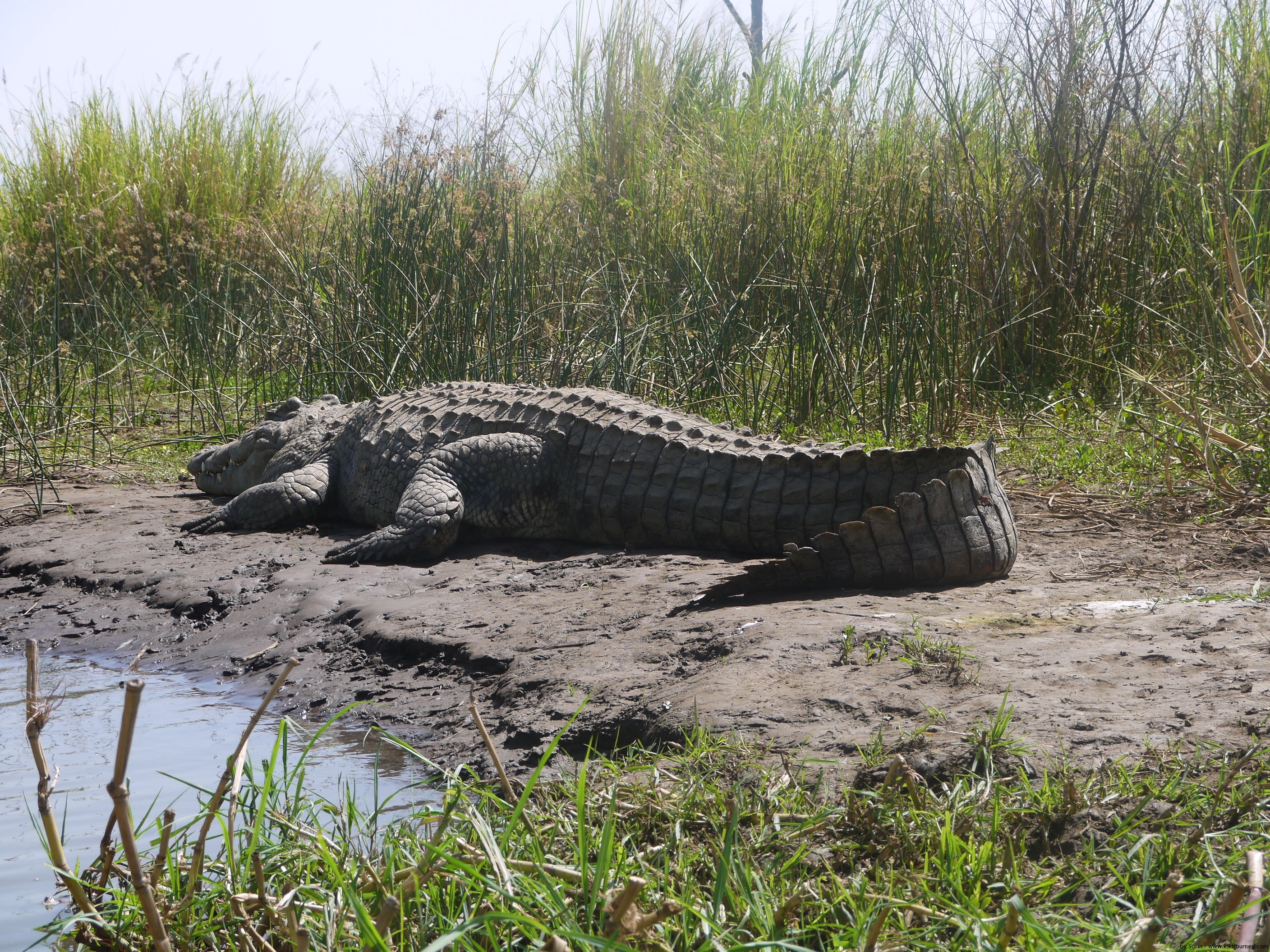 Lonely Planet says it is not such a great place. We met other travelers saying quite the same thing. You won’t miss out on that much if you don’t go. Maybe they did some safari before and were not impressed seeing just a few animals in this place. 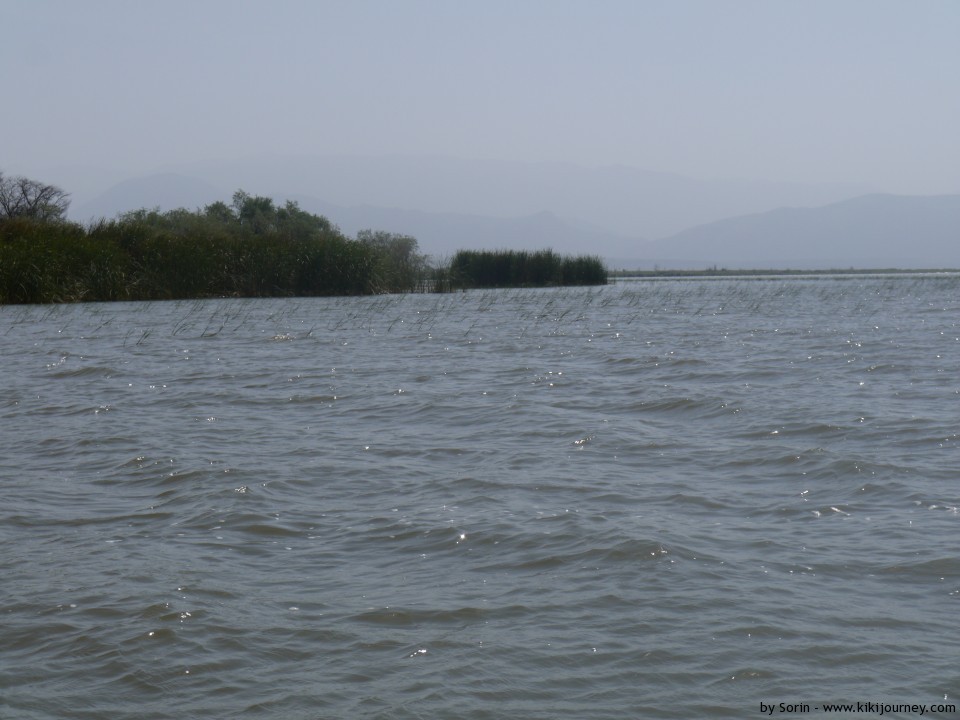 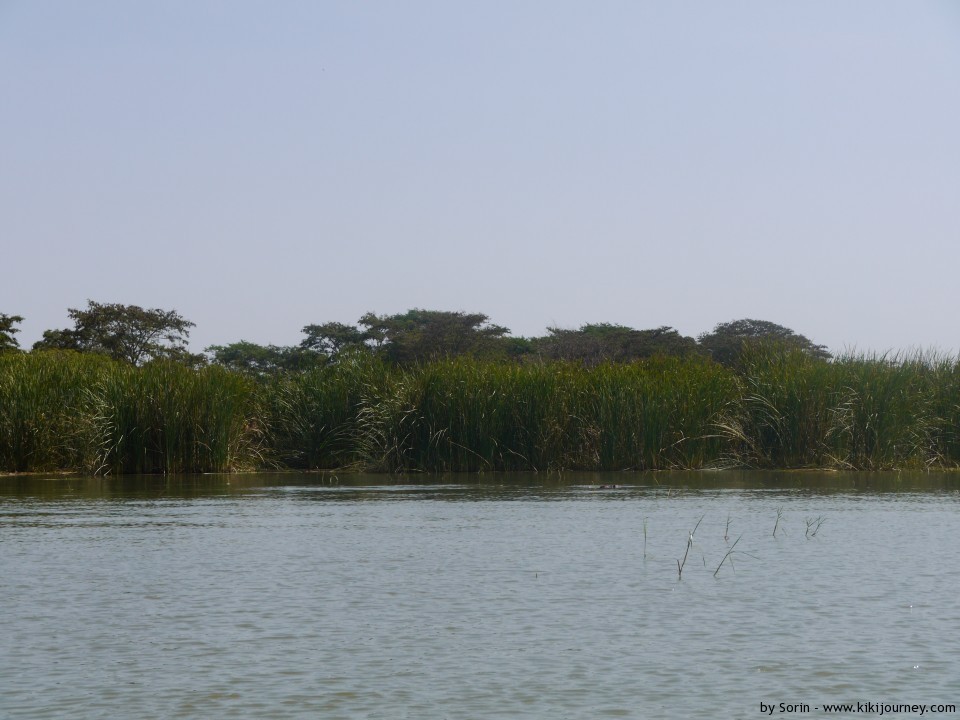 The Crocodile Ethiopia Market is located 15 min drive from Arba Minch Nechisar National Park. Of course you have to pay the entrance fee, which is 520  Birr for a group of 6; 30 Birr for the boat driver and tips at the end. To be honest, I was expecting a market; with a lot of merchants selling and buying… Why not some crocodile shoes! But there is no market, there are no people who live in this national park; only wild animals. 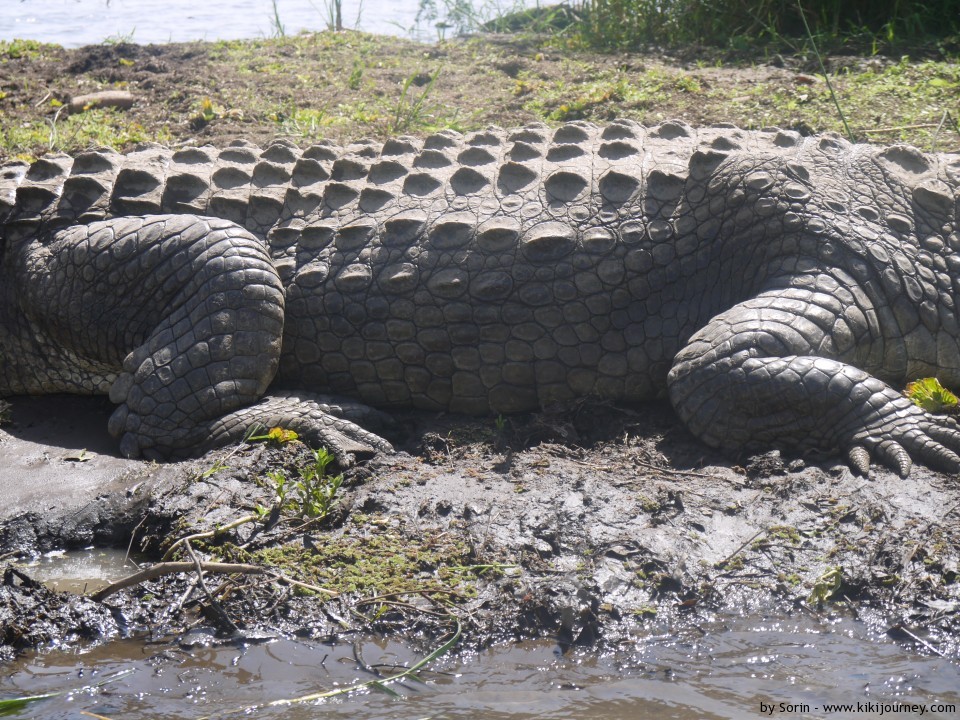 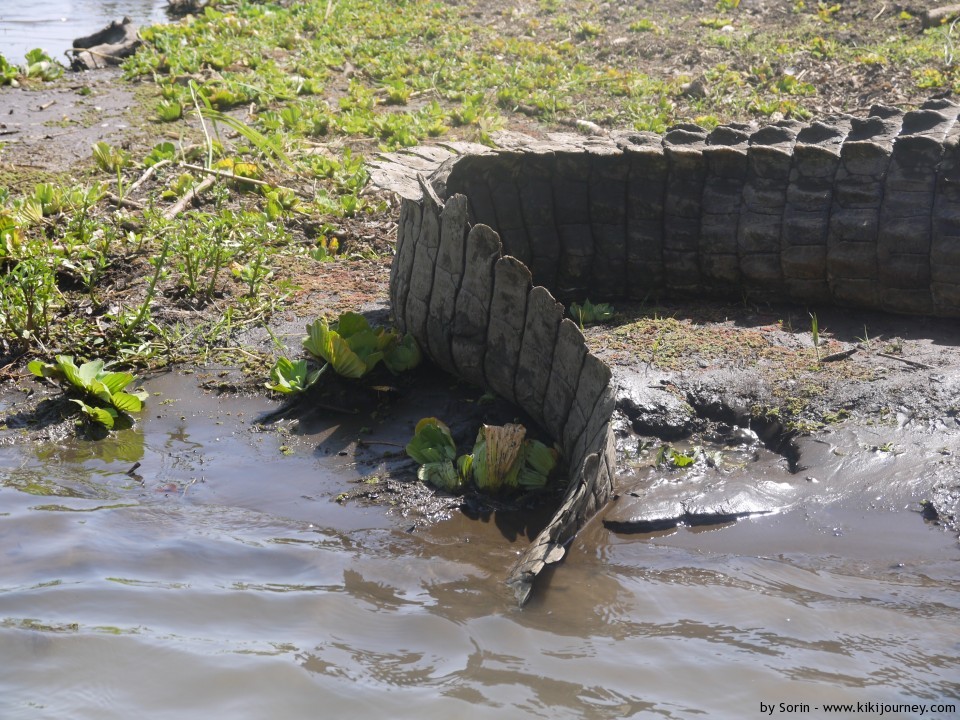 The park stretches for 514 square kilometers of territory, including the “Bridge of God” (an isthmus between Lakes Abaya and Chamo), and the Nechisar plains east of the lakes. Wondering what you can see here? Well, there are a few baboons, hippos and the highlight of the park: the Nile crocodiles.

The tour did not start very promising. The hippos were quite far away and getting closer to them is quite dangerous. Hippos are one of the most dangerous animals in the world.  So we kept our distance and could only see  some dark hippo eyes watching us as we were making our way through their territory. Next were some eagles and other birds of prey. The visit seemed to be worthless. 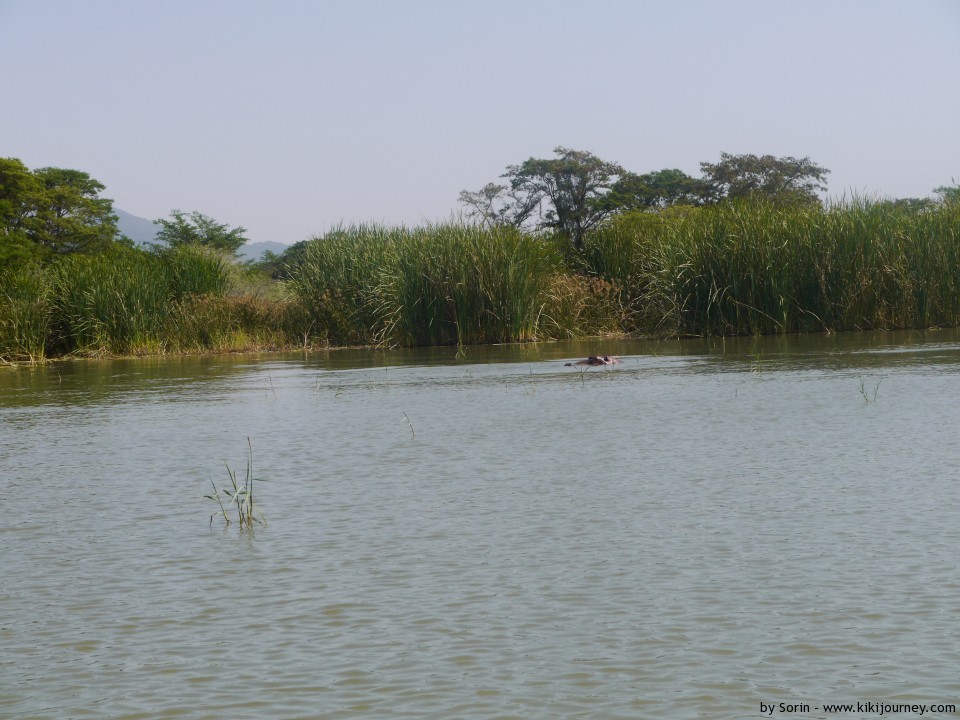 But then, there they were: the crocodiles. Let me explain what the boat looked like; see the photo below, right? Safety? Protection? Yeah, sure! They assured us that no accidents happened till now. Our guide had only a big stick with him! 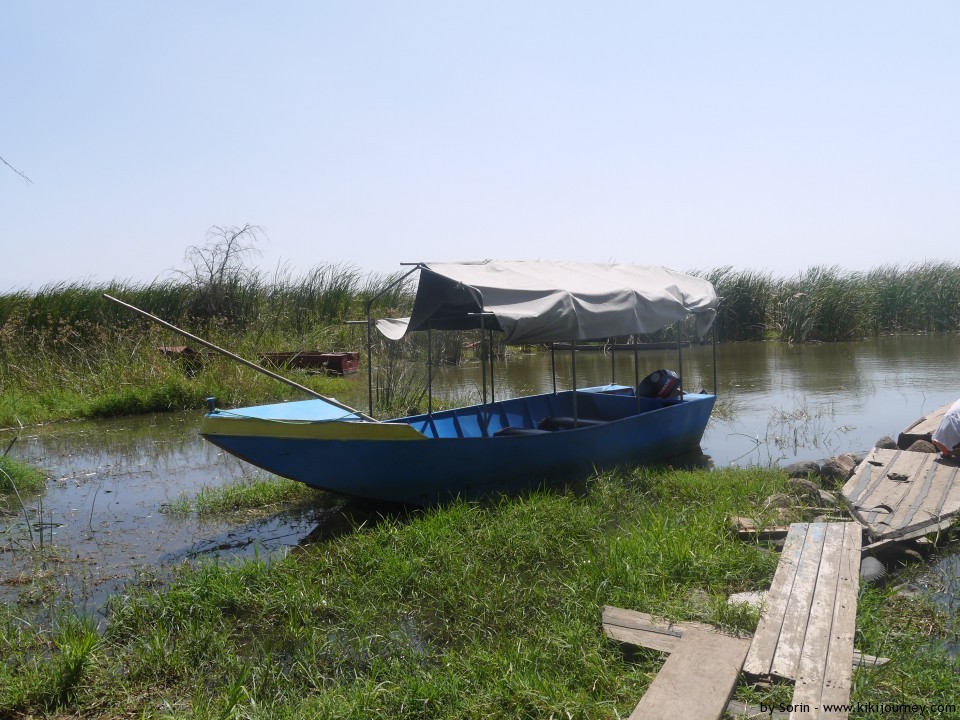 My gut feeling was that we wouldn’t see anything that day… Fortunately, it was wrong. We saw it! The first crocodile Ethiopia! Measuring almost 4 m; it was laying in the sun. They usually eat after 5pm so it seemed that they were not that hungry! Our crocodile only opened its eyes once (see how I am already a crocodile owner?!). We came very close to it. Maybe as close as 1 m, or so it seemed. If it would have been hungry, I would have not written these lines. Everybody was very quiet in the boat. We went ahead and saw 2 big crocodiles. I was a little bit frightened, to be honest! 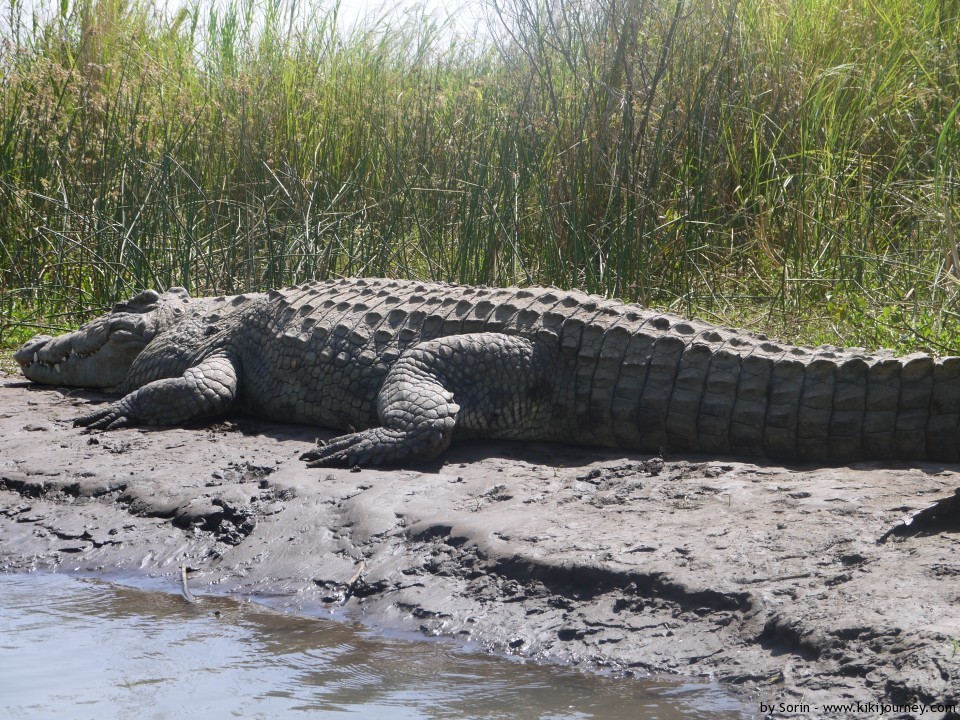 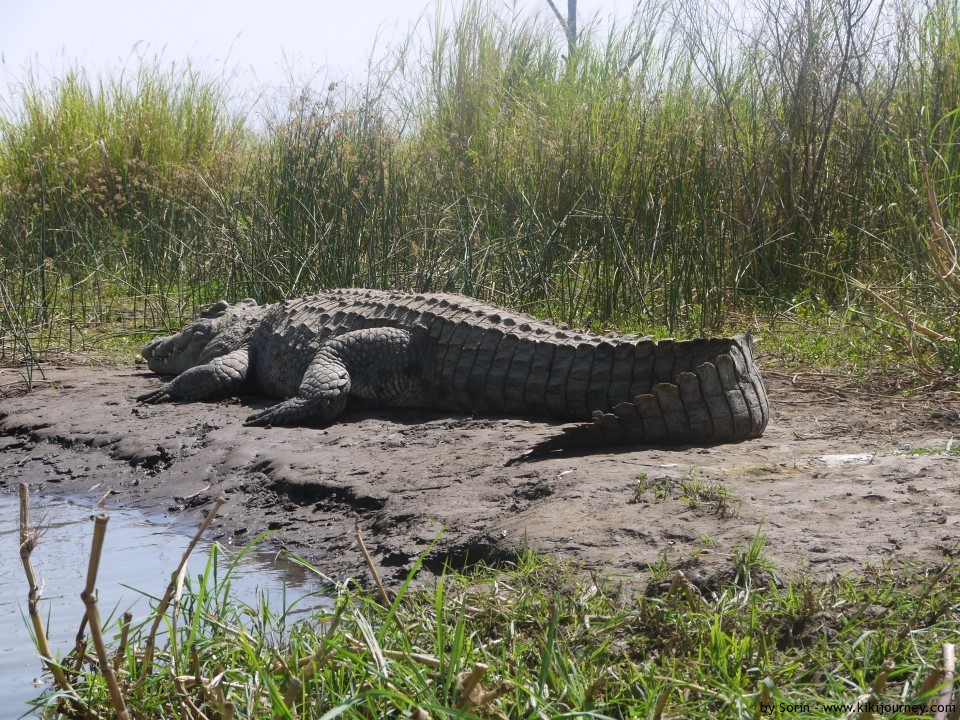 After seeing the last crocodile Ethiopia I thought the route will be different; but no; the way back was the same; so we passed the same spots once again. 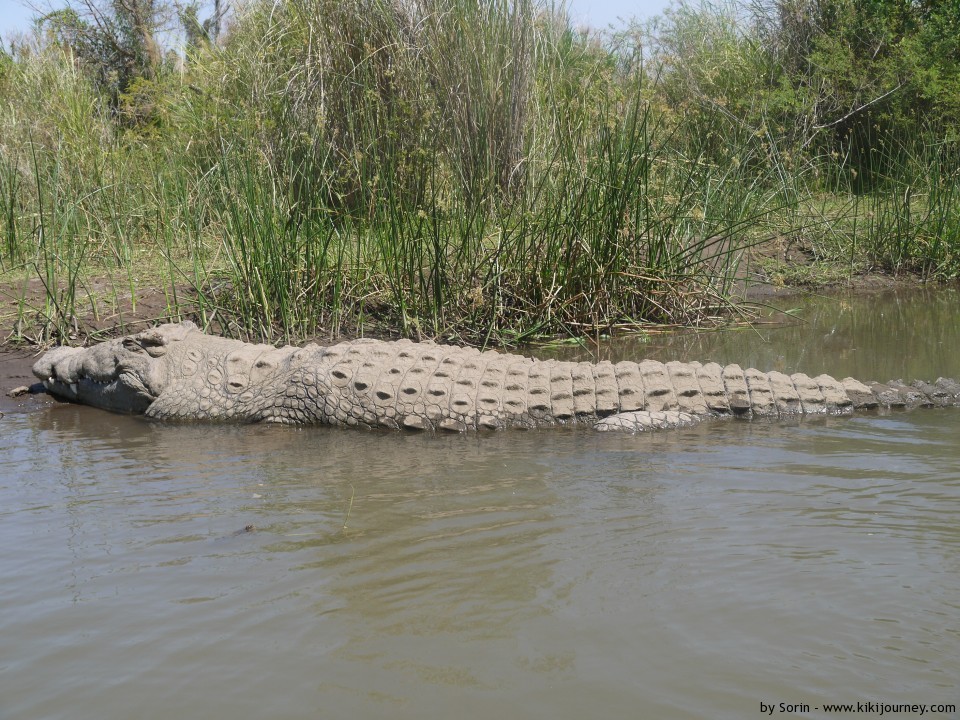 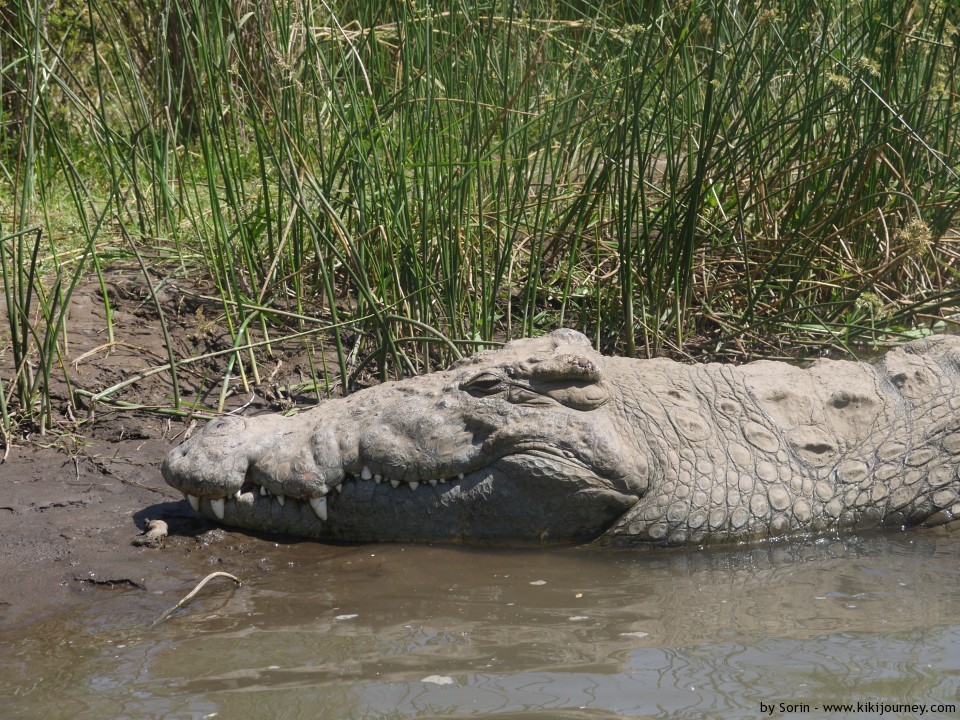 Still very quite and whispering within the group; then a phone was ringing; who the hell was calling us in Ethiopia? It was the guide’s phone; and he started to talk very, very loud. And that very moment we were just passing one of the crocodiles. Jesus, I think my heart stopped for a moment.

Just imagine the phone  conversation. Hey mate, how are the tourists? They are OK, but very quiet. I think it’s because of the sun. Can’t hear you!! Can you speak a little bit louder? Sure boss; no problem! 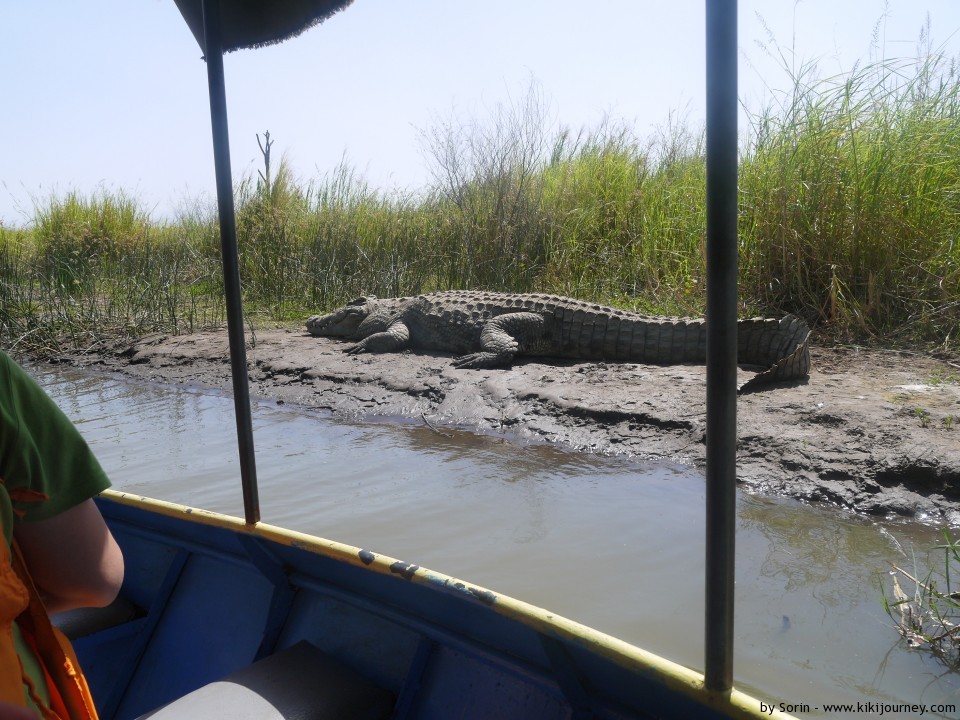 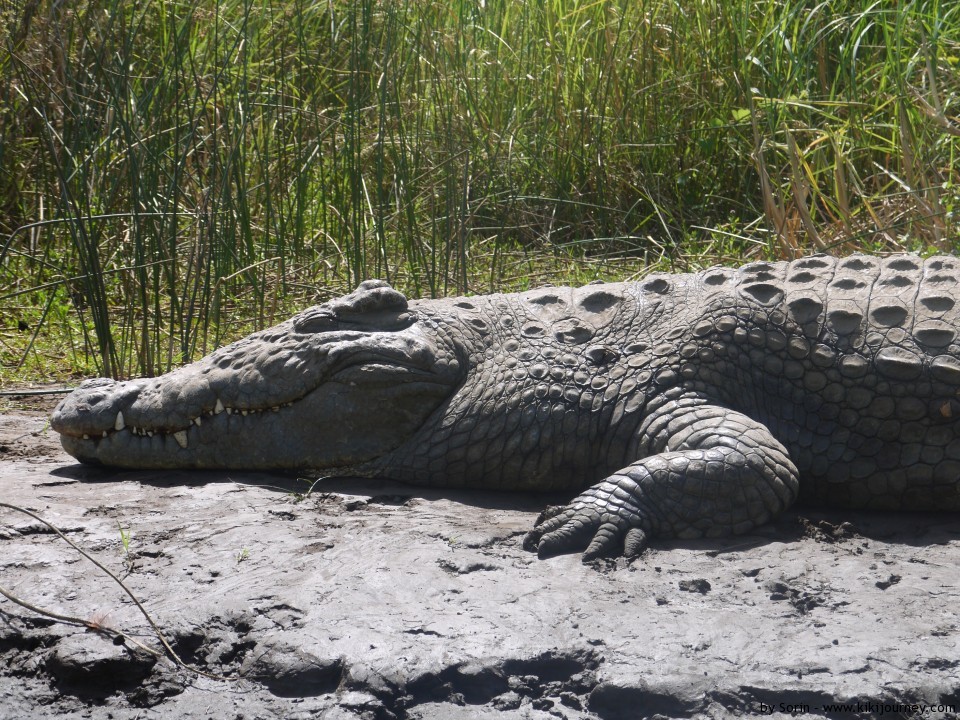 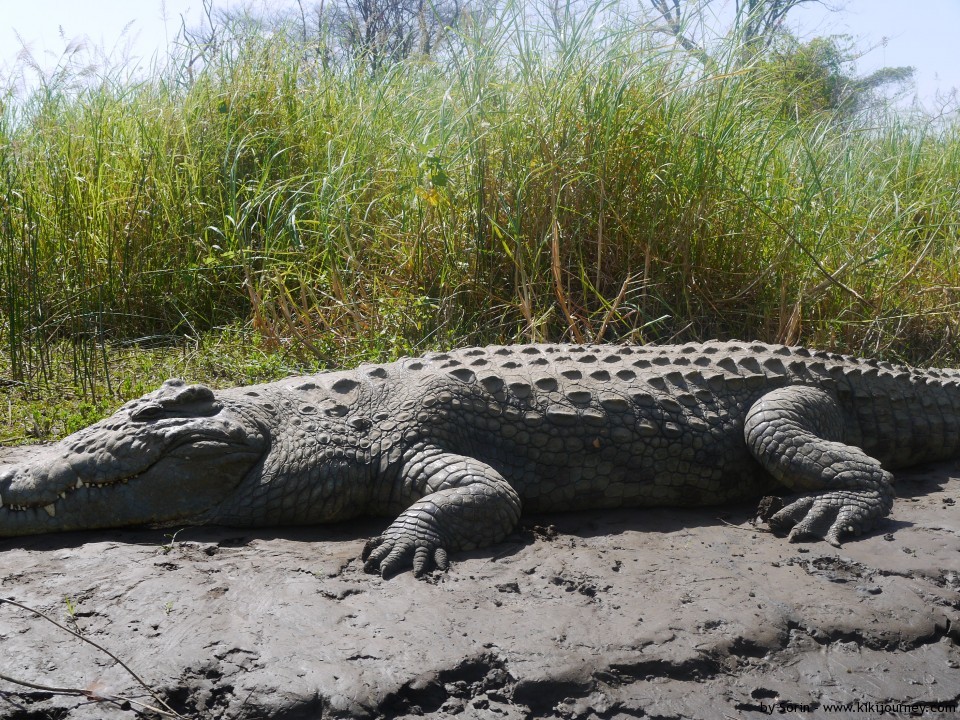 Worth the visit? Hell yes; once in a lifetime experience. Seeing animals in their habitat is an awesome thing. Quite expensive, but I will probably pay in the coming months to see the gorillas, the elephants, lions and other wild animals. 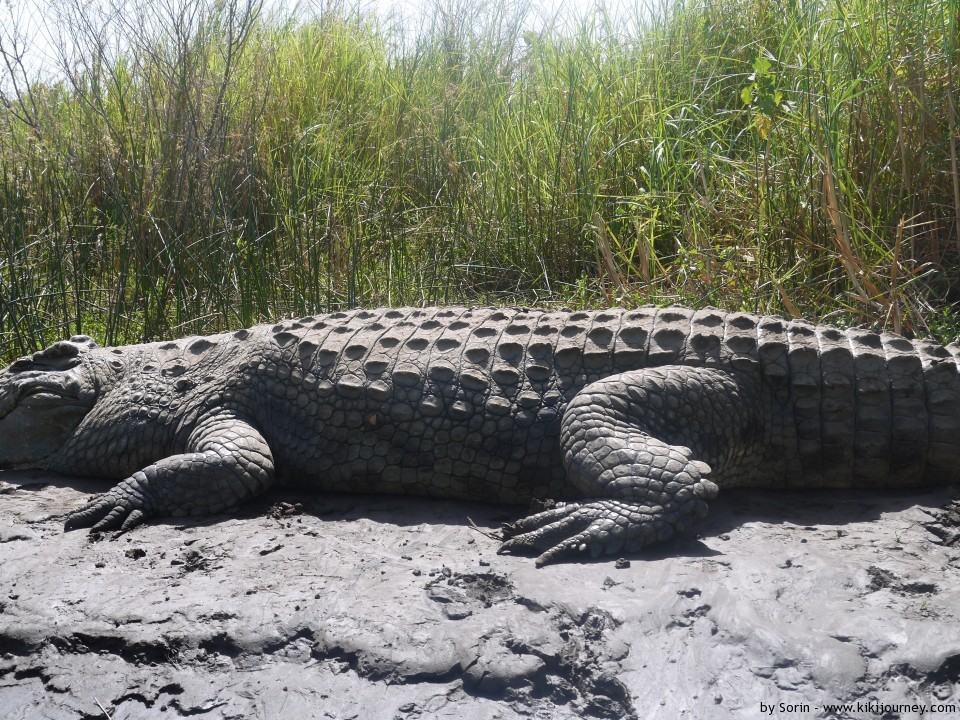