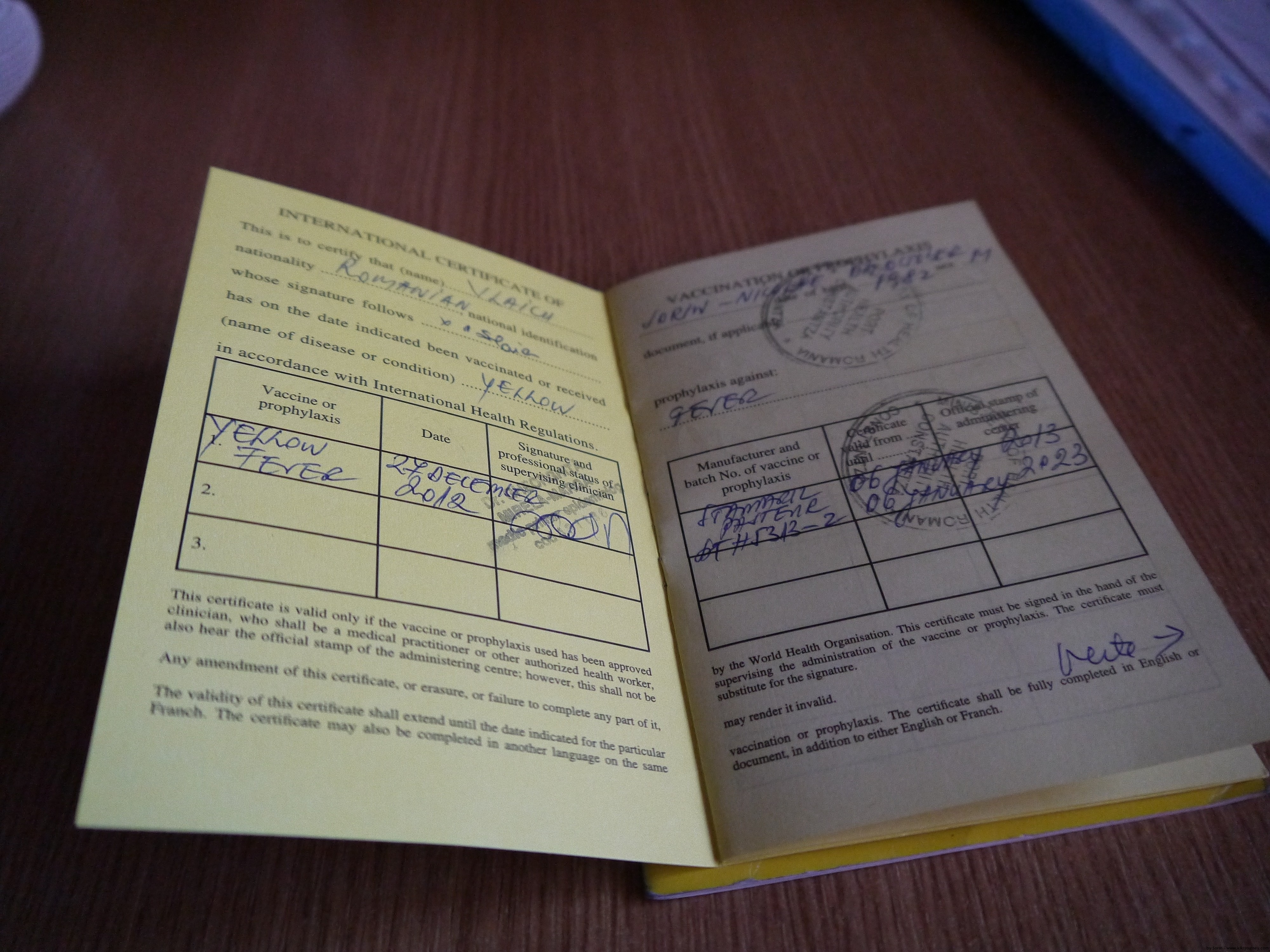 Asia is not dangerous at all. We, the westerners, worry too much!

2009 was my first long-haul, long term traveling experience. 2 months in Indochina. All travel guides I had read listed some of the most frequent diseases one could be exposed to while traveling through Asia, among them: Hepatitis A+B, Typhoid fever, Poliomyelitis and Malaria.

Armed with cash I went to a private clinic so I can get the required vaccination for traveling to those areas. Sounds a tad bit stupid thinking about it now… asking myself: do Asian people need vaccination while traveling in Europe?

I entered the doctor’s cabinet; it was an old lady and her first questions was: where are you traveling? My answer: Malaysia, Laos, Vietnam and Cambodia. The next answer from her should normally have been: you need that, that and/or that vaccine. It was not the case. She opened a big book and took country by country and searched the areas with problems.

What vaccines do you need while traveling to Asia and Africa?

Before taking these vaccines check if you have already the antibodies in your system. You might have it and instead of protection you might actually get hepatitis.

4 inoculations are needed: 2 before travelling, one 1 month after returning and the last 4 years after the first shot. Taking the last shot ( repeal) will get you immunity for life.

Validity : 10 years ( if not taking the last shot)

Countries where you need to have the Hepatitis A+B vaccinations: Worldwide.

Is spread through contaminated food and water. It causes symptoms such as fever, headache, stomach pains, loss of appetite and nausea. In some cases, infected people have a rash of flat, rose-colored spots.

One shot before the departure is needed.

Countries where you need to have the Typhoid vaccine:  some countries in Africa, Asia, the Indian sub-continent and South America.

Had: none till now.

Caused by a simple mosquito bite, can cause damage to your liver.

Precautions: try to avoid traveling during the raining season when the mosquitos are everywhere. Use protections from sprays, lotions and mosquito nets

Avoid camping in the open air and staying next to a fire camp. Avoid late romantic walks; at try to wear long shirts; dark and cold colors preferred.

There are no vaccines against malaria; however, three different pills promise immunization against the disease:

Mefloquine (lariam, mefloquine, eloquine):  one week before the departure; every week while in that area and 4 weeks after the return.

The pill has to be taken at lunch (after consistently eating and drinking liquids) and must be taken on the same day of the week.

Doxycycline: 1 pill per day, after lunch and has to be taken 2 days before arriving in a contaminated area. Then the pill has to be taken every day for the whole staying period. And of course every week for 4 consecutive weeks after returning.

Malarone: 1 pill per day, taken after lunch and has to be taken 2 days before arriving in the area. The pills must be taken everyday for the whole stay and then 7 days after leaving the area. Malarone is not to be taken for more than one month

Contraindications:  pregnant women and persons suffering from renal insufficiency are advised not to take the pills.

For extended stays a combination of the above medicine is required.

As you can see there are a lot of countries. People living in those countries do not take the pills everyday, otherwise their lives could be damaged beyond repair. So it is better to take the medicine only in the most risky period (rainy season) and try to protect oneself as much as possible.

Please note that drinking alcohol is prohibited in the days when the pills are taken.

Had: nightmares and nausea; had the worst nightmares while I took the pills.

RED ADVICE: Please note that the complications of malaria can be deadly. Because the disease can appear 2 years after the first infection, every febrile symptom has to be taken into consideration by a doctor.

Polio spreads through contaminated food and water, and the respiratory system.

Vaccine: Vaccination against polio is given in a single 3-in-1 TD/polio (tetanus, diphtheria, polio) shot.

Caused as well by a mosquito bite. Damn these mosquitoes!

Typical symptoms of yellow fever include:

Vaccine: One shot before departure. The inoculation must occur within 10 days before arriving in a yellow fever area, otherwise it will not be effective.

Caution: do not drink alcohol for 10 days and avoid heavy eating.

Countries with risk of contracting yellow fever: Uganda, Ethiopia, sub-Saharan Africa (countries to the south of the Sahara desert), South America and in parts of the Caribbean.

Since 1996 only 6 people have died of Yellow Fever and they had not taken any vaccines.

4 years later I needed to take the vaccines again. The ones which had already expired, in my case the Typhoid fever; and the one of Yellow Fever, which I had not been immunized against on my first trip to Asia. I usually do things later. This is my way of doing it and I tried to change, but it is impossible.

So, 2 weeks before the departure date I tried to get the Yellow Fever vaccine here in Bucharest – a true adventure during the month of December. First, I tried to get a consult at the Victor Babes Institute, where people are usually directed to four exotic vaccines. Their answer: there is no free date until the 3rd of January! What? We will put you on the waiting list.

With a departure date that was fast approaching and realizing that I could not wait for their call, which might never have come, I called 3-4 private clinics in Bucharest. We don’t have the Yellow Fever vaccine, they all informed me, with a matter-of-factly air that made me think that all Romanians were going to Kenya and Uganda this winter.

By the way, dear travel agents and Romanian safari goers, when you go to Kenya you don’t have to have the Yellow Fever vaccine!! In Uganda it is mandatory, so please leave the vaccines to the ones  really need them. Like me.

With a few calls I managed to get to a higher level at the Babes Institute. But it seemed to be in vain; in the past 2 months the person in charge at the Health Ministry in Romania seems to have been on a long holiday and no one in Bucharest has  the vaccines. There are only a few left and anyone who needs a vaccine has to be wait listed and gets an appointment   within one month!

Google is my best friend (and main income source for me) and after a few specialized searches I found out that in Constanta there might be a chance for me to get the long sought after vaccines. A short call and they informed me that they have them! Evrika I thought to myself, much like Archimedes when he found out the way to calculate the volume of irregular shapes! But there was one problem: due to Christmas the cabinet was closed and would reopen on the 27th December. My departure day. I had the option to have the vaccine at the airport in Cairo or at their governmental clinics. But I have indeed become highly risk adverse.

I decided to go to Constanta on Wednesday evening, sleep at a hotel and get the vaccines at Clinica Port Constanta ( Gate 1) the following morning.

Should I be telling you that the train from Bucharest to Constanta took almost 5 hours instead of 2:30 hours as per schedule? No good sign seeing as I was going to take the same train back and make it to the airport just in time for my flight to Cairo. So I decided to take the bus back instead.

I woke up in the morning and went to the clinic… Thought this would be the end of my vaccination adventure? Sorry guys, more to come.

I had to personally go to a pharmacy and buy the vaccine – I took a cab and went to the pharmacy to buy the damn Yellow Fever vaccine. Went to the clinic again and had the shot. Worth it? Yes, it was. Why? All the info I got from the brilliant doctor at the clinic.

And some surprises as well: the Yellow Certification Note type of the World Health Organization was not valid since 2007! They changed the forms in 2007 but when I went to Medicover  in 2009 they gave me the same old form. And instead of writing the vaccine validity the old doctor only filled in the serial number lot. In case of an epidemic outburst what fun it would have  been explained to the doctors that I have the vaccines and don’t need them anymore! Welcome to the health system in Romania! 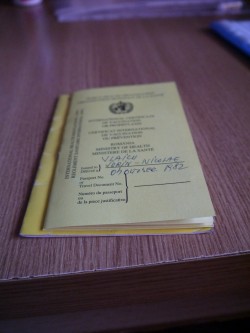 My advice: before traveling goes to an epidemiological doctor, find out how good he/ she is, because you don’t need to take unnecessary pills. 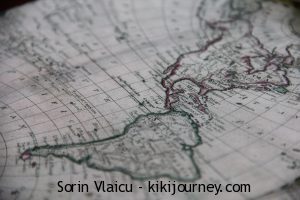 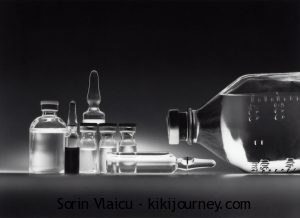 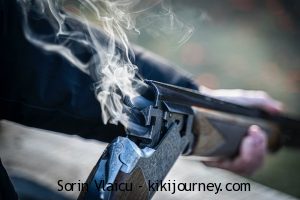 Pro Tips For A Safe & Enjoyable Hunting Trip For Beginners