HOW NOT TO GET SCAMMED IN VIETNAM

Scams Vietnam – 2009. From the airport to the hotel we felt like being cheated. The taxi from Hanoi Airport to the hotel was negotiated at 3$. After every bridge on the road the price was to be increased with one more $. Another bridge tax, another hole tax and so on. At the end we paid double the amount negotiated.

When we arrived at the already booked hotel, one lad was in the hotel lobby. We were approached and said a name which resembled my name. We were told that our hotel in Hanoi is fully booked and they will accommodate as at a different one. Being tired after a long journey and not yet being used to the time difference we moved to the either hotel. It was not bad; it was a decent hotel in the old Quarter of Hanoi. On the last evening I found one piece of paper in our room saying – please note that we had been scammed and taken to a different hotel.

The next day we were on the streets trying to find a travel agency to book a day trip to Halong Bay and train tickets to Sapa, Northern Vietnam. We were first time traveling outside Europe and on a strict budget and we searched till we found the best deal on for the Halong Bay Tour. If I remember correctly we paid around 18$ and the normal price was around 25$. Still at this point we had some doubts about being scammed or not; Vietnam had this image back then.

Remember that in 2009, Tripadvisor or Facebook were not that popular and it was not to much information online except travelfish which was the most updated and all the information we needed for Vietnam.

Second day the Halong Bay trip began – we were picked from our hotel (the scammed one) and tour started. The guide started to explain us the itinerary – all was in Hanoi. First we thought it was something extra from the travel agency in Hanoi. Then we realise that we were on the Hanoi tour. We were 10 people and started to make noise and demand to talk to the travel agency.

Meanwhile the guide asked us to take a look on the voucher we were given from the travel agency back in Hanoi. At surprise – it was clear written – Hanoi Tour! I tried to remember if I have ever mentioned the Hanoi in my conversation with that person but I could not. After 10 minutes of negotiating we decided to pay more 5$ person (which was the correct price for the Halong Bay Trip) and headed to Halong Bay.

Keep the story short – we finally reached Halong Bay and it was a great trip. Not until we had a small scare – at some point the car stopped and we were left in the middle of nowhere. Of course based on what previously happened  we were not very comfortable. In the end it proved it was just a coffee break stop.

Vietnam 2017 – 8 years after here I am again in Vietnam. Many things have changed. Back then, Facebook was blocked in Vietnam, Gmail impossible to access and little online resources.

After 8 years, there were plenty of information online and the trip was much easier to be organised. Or was not? To be honest I was a little bit scared of scams in Vietnam. From the moment I google – scamps in Vietnam – and after one friend located in Hue – who advice me not to buy anything from the street in Hue – not even tea because it can be weed and then they will denounce you at the police, I was again worries.

Started to read how Uber taxi is not Uber Taxi and people try to prevent what there are not and so on. Here you can find 20 Most Commmon Scams in Vietnam. None of those happened  to me during my 10 days trip. Why? Let me try to explain.

Can be because I am a quite experience traveler – more than 50 countries visited and counting. I am precook person and I know how to avoid being scammed.

Secondly I did a hell of research before traveling to Vietnam. I did not have to much time to find a local travel agency and to book while in Ho Chi Minh and wanted to book everything in advance.

A. Vietseatourist – more than 100 good reviews on Tripadvisor  – Ms Han replied to me the next day (Monday) but I already booked and confirmed the tours and bus tickets needed with An. Prices were similar with the travel agency I booked; so it was all about how fast the reply was.

B. Asiana Travel – with good reviews it was one of my favourite. But no reply from them.

C. The Kim Tourist. The Mekong Delta trip was the main reason why I choose them for my bookings. Plus their reply was vary fast and all the information I needed to know. Plus, I only secured the seats for the Mekong Trip and the bus tickets.

VietjetAir had one hour delay and arrived a bit late in Ho Chi Minh. At the Airport no sign of people trying to scams Vietnam you. Exit the airport and took the 152 bus to the city centre  – 15.000 Vietnam Dong (less than 1$ for 2 persons and one luggage).

After the hotel check in, went for a snack and drink and then to the Kim Tourist travel agency in Ho Chi Minh – it was centrally located and easy to be found. Even it was 9pm the office was opened. An, the manager to whom I was talking wasn’t there but some staff still were and help me to finalise the bookings and gave me all the necessary information.

Bus tickets had been handle to me the next day and An took my hotels information so the bus company to know where to pick me up from. Because in Vietnam, usually bus comes to take you from the hotel.

For the Da Lat to Hoi An bus, the company did not come to pick me up and An informed me by email one day in advance even if I already talked to the bus company! 5 starts for me for The Kim Tourist!

D. The Sinh Tourist Ho Chi Minh. There prices were lower than The Kim Tourist or Vietsea Tourist. But there reply was a bit robotic and they send me to book online one their website. I did not wanted to book online and to use my credit card. Plus I was not sure about the all planes and itinerary I was to have in Vietnam. Later I was to find out that they were running the bus as well

People how get scammed are those who don’t do any research. Then, those are the one how complain a lot on the internet and make the country feel unsafe. For example in Mui Ne, the police is asking for a vietnamese driving licence if you are riding a moto. If you were to search before on the internet you can usually check it and not get scams Vietnam

2 . Ask advice from the other travellers.

3. Use the hotel in your location to book the trips or the buses.

I felt very safe during my 10 days in Vietnam and did not feel someone was trying to scam me. 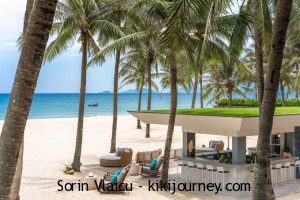 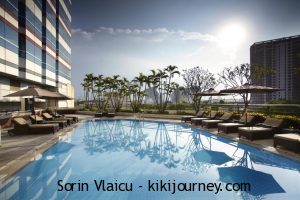 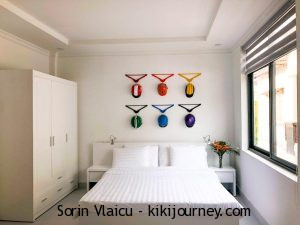